Meet your legislators — and guess where they moonlight 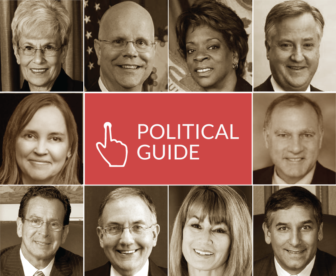 There’s the wedding DJ who also picks the number on TV for the Connecticut Lottery, an allergist, limo driver, airport manager, nurses, bunches of lawyers and real-estate brokers, college students and retirees, and owners of a fish market, bar, day care, beach club and bowling alley.

They range in age from 20 to 80. Some have been to war. There’s a police dispatcher and two recently retired cops. At least two are private pilots, including the bowling alley owner. One member grew up in Houston, moved to Paris and wrote a book about opera. Another formed an environmental group with a movie star. They are rich, struggling and in between.

Their stories are in a new political guide that went live today on CTMirror.org. It will be an evolving resource, revised to reflect votes cast and bills passed in the 2015 session, which began Jan. 7 and ends at midnight on June 3. It also has entries on the six statewide constitutional officers.

“We have lawyers. We have FedEx drivers. We have moms with kids. We have everything. There’s such a benefit to that,” said House Minority Leader Themis Klarides, R-Derby.

“Here you are really forced to work somewhere else,” said Rep. Mary Mushinsky, D-Wallingford, who was elected in 1980 and is currently the longest-serving member of the House.

Mushinksy, who also works for a non-profit environmental group, Mill River Watershed, brings two laptops to the Capitol, one for legislative work and the other for her second job.

With about two-thirds of the legislature employed outside the Capitol, conflicts are inevitable. To provide a degree of transparency, every legislators must annually file a Statement of Financial Interest, disclosing any source of income of more than $1,000 and any security worth more than $5,000.

New legislators often are surprised to find how their legislative duties impinge on their professional life. On a day when the House was in session last week, Klarides had to tell a new member that there was no guarantee voting would be over before a 6 p.m. business meeting.

House Speaker J. Brendan Sharkey, D-Hamden, recalls his ethics briefing after he won his first election in 2000. One of the things he learned was that lawyers in the legislature are barred from representing clients before certain state agencies and boards, including the Connecticut Siting Council, whose duties include approving the location of cellular towers.

“I used to be the only exclusive zoning attorney for T Mobile. That was a very specialized practice. It involved appearing before the Siting Council,” Sharkey said.

His victory meant the loss of a major legal client.

Until 1971, the legislature met every other year for only four months. It now meets annually, for three months in even years and five months in odd years. But duties such as committee meetings and special sessions can call members to Hartford any time of  year.

All report deriving income from their practices, but they are not required to disclose major clients. Looney said he would be open to additional disclosure requirements, but other caucus leaders are wary.

“The problem with where we are now is that we are neither here nor there,” said Klarides, a lawyer with a private practice. “It’s supposed to be part-time, so you get part-time pay. But you are here as long as any full-time job.”