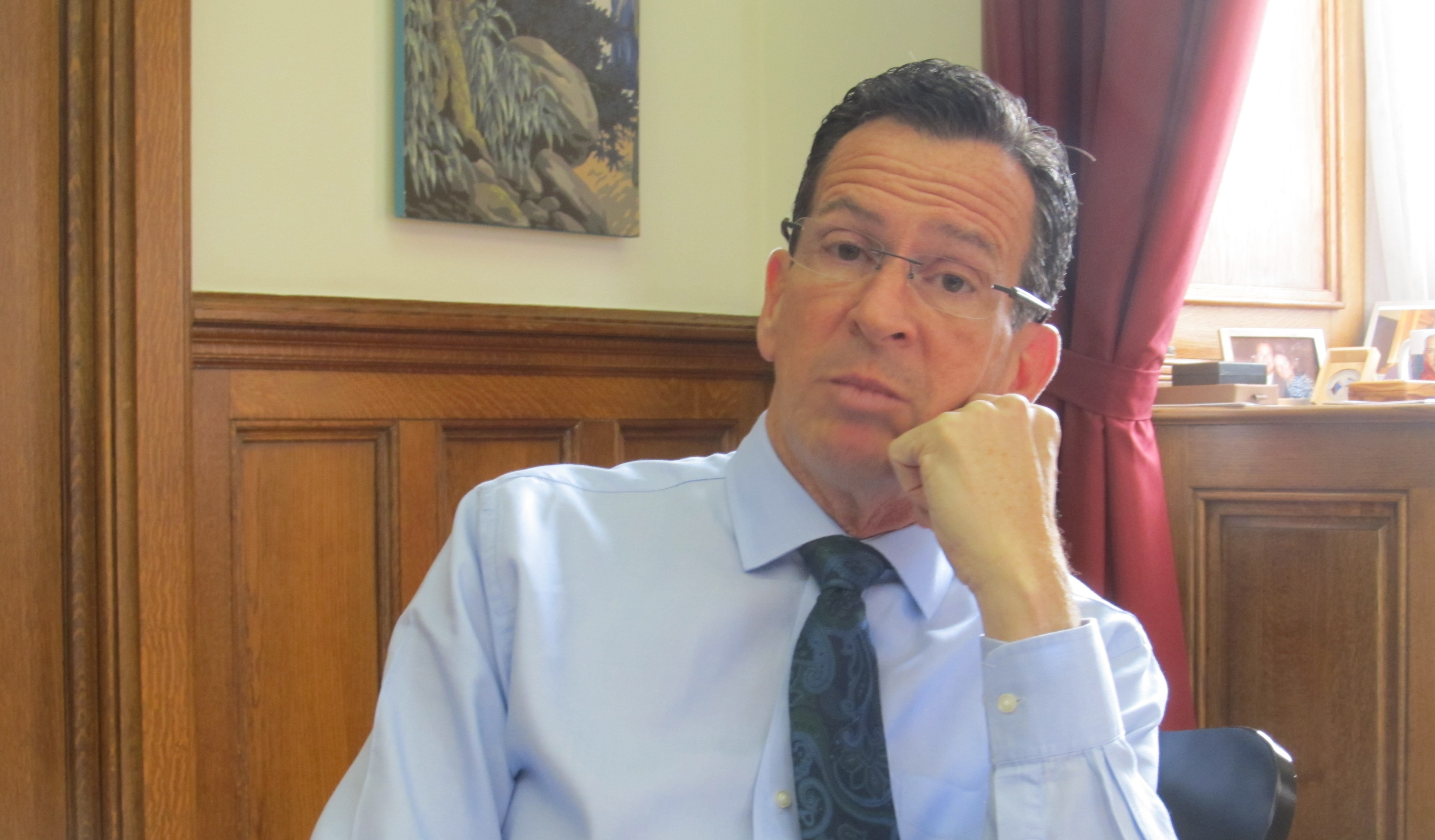 Gov. Dannel P. Malloy will release his proposed two-year budget Wednesday, an attempt to fill a $1.3 billion deficit while keeping his campaign pledge not to raise taxes. Many people who work in or advocate for health care and social services are bracing for a tough year, even as some make pitches for increased funding. Here are 6 things to watch for.

1. Will parents get cut from Medicaid?

Some budget watchers suspect Malloy will revive a proposal he made two years ago to lower Medicaid eligibility for parents of minor children. The parents could instead buy coverage through the state’s health insurance exchange, at rates that are deeply subsidized by the federal government.

Connecticut currently provides free Medicaid coverage to parents of minor children earning up to 201 percent of the poverty level – up to $39,777 for a family of three and $47,938 for a family of four. That’s higher than the limit for other adults, and the second-highest eligibility level for parents in the country (Washington D.C. has the highest; Massachusetts also subsidizes health care coverage for parents at higher income levels), according to the Kaiser Family Foundation.

In 2013, Malloy proposed reducing the Medicaid eligibility level for parents to the minimum required under the federal health law for states that, like Connecticut, expanded Medicaid (that limit is now 138 percent of the poverty level). At the time, the change was projected to cut about 37,500 parents from Medicaid and save the state close to $59 million a year. Critics argued that doing so would leave many parents uninsured – even at heavily subsidized rates, they would still have to pay premiums and, for many, copayments and deductibles. Advocates also warned that more children could end up uninsured if their parents didn’t have coverage or were in a different plan.

Legislators rejected the 2013 proposal. But some advocates think it could make a comeback. Others are skeptical, saying it could leave Malloy open to criticism for scaling back health care coverage after touting the state’s successes in expanding coverage under Obamacare.

Malloy hinted during the campaign that he still considered the proposal a good idea. When asked whether it was based on the need to save money or a policy view that parents were better off in private insurance plans, Malloy said, “I think it was both, actually.”

Some of that increase came after raising the rates those providers get paid for treating Medicaid patients. For primary care doctors, that meant getting paid $123.53 to see a new patient, up from $66.40. The payment for urgent care visits rose from $42.93 to $82.98.

The higher rates were required as part of the federal health law, and in 2013 and 2014, the federal government picked up the full cost.

The federal funding ended last year, but Malloy proposed using state money to maintain the higher rates. The final budget cut them slightly, but still kept primary care rates that are higher than before the hike, making Connecticut one of just a handful of states to fund higher primary care rates. But some doctors and medical groups are skeptical that money will survive a tight budget year.

3. Is a slight cut the best advocates for people with developmental disabilities can expect? 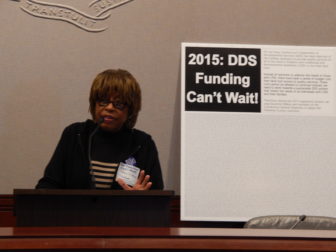 Velma Williams-Estes, whose daughter is on a waiting list to receive services from the state Department of Developmental Services, was among dozens of advocates pushing for increased funding last week at the Capitol.

Relatives of people with intellectual and developmental disabilities say their loved ones have too often been the victims of budget cutting.

Advocates say there are close to 2,000 people waiting for residential services funded by the state Department of Developmental Services. Because of budget constraints, they say, many families have been told the only way their loved ones will receive residential supports – such as placement in a group home – is for all their living relatives to die.

“We know that over the years the DDS budget has been hit the hardest,” Rep. Cathy Abercrombie, D-Meriden, told dozens of people who came to the Capitol last week to appeal for more funding to serve those with developmental disabilities.

Abercrombie said it’s time for the cuts to stop. But whether that happens remains to be seen. DDS has requested $1.16 billion to maintain current services in the next fiscal year. That’s close to $80 million more than the department’s current-year budget, factoring in $13.9 million in cuts the Malloy administration has made to the agency since the budget was adopted last year.

Although families and advocates want funding increases, the General Assembly’s Intellectual and Developmental Disability Caucus sought a more modest funding level in its list of legislative priorities. The group is seeking to maintain DDS funding at levels from this year’s adopted budget, before the midyear cuts.

Put another way: The legislators’ goal is still $66 million less than the agency said it needs to maintain current services.

4. How much will the budget count on in Medicaid fraud savings?

Saving money by rooting out Medicaid fraud tends to be a bipartisan favorite (who’s not against fraud?). But state lawmakers have a pattern of balancing the budget using Medicaid fraud savings targets without fully tracking whether they’re achieved. This year’s budget counts on $103.4 million in savings from identifying Medicaid fraud. But according to the Department of Social Services, it’s not yet clear how much will actually be saved.

5. Will hospitals see another cut?

Hospitals have been consistent losers in Malloy’s past four budgets, at least as they tell it. (The Malloy administration counters that hospitals don’t have it so bad since their Medicaid revenues have been increasing, although hospitals say they still lose out since Medicaid doesn’t cover the full cost of care.)

Hospitals are hoping for a phase-out of the tax, but it’s possible that instead, even their remaining payments will fall victim to the deficit-closing efforts. 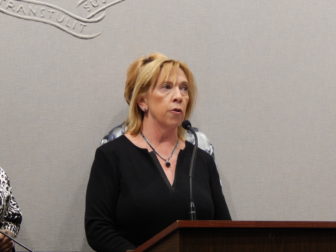 Mental health and substance abuse treatment providers are anticipating another past budget maneuver to resurface this year: the elimination of millions of dollars in grants that help cover the cost of treatment.

Two years ago, Malloy proposed – and legislators passed – a $25.5 million cut to grant funds the state would have paid to mental health and substance abuse treatment providers caring for people who were uninsured or underinsured. The cut was based on the premise that once Obamacare rolled out in 2014, treatment providers would have more insured clients and could make up the lost grants by billing clients’ insurance.

But the state Department of Mental Health and Addiction Services found that assumption wasn’t sound, largely because most of the newly insured clients had Medicaid, which pays such low rates for outpatient services that some clinics lose money providing the services.

Legislators patched together a fix to restore the money last year, although not all of it has come through.

Now service providers are expecting the rest of the money to be cut and are already warning that it could force clinics to cut services. “It will gut the adult mental health and addiction treatment system,” said Heather Gates, president and CEO of the treatment provider Community Health Resources.

An official in Malloy’s budget office said last week that they were hoping to maintain at least a portion of the funding.

The State Bond Commission will consider $1 billion in financing next week, most involving transportation infrastructure and overdue town aid.

Lembo: CT may not know its full financial plight for months to come

"The speed and scale of the pandemic’s economic disruptions are unprecedented for Connecticut,” said Comptroller Kevin P. Lembo.

For years, Rachael Cohen, a 27-year-old with autism, has been obsessed with keeping her personal calendar up to date. She knows that on Wednesdays she goes to a stable to help with the horses, while on the other weekdays she goes to a day program where she learns life skills and goes out shopping or […]

The metaphors of the COVID-19 pandemic are evolving. So are the metrics and statistical models guiding the government's response.

Connecticut's death toll nearly doubles in one day and hospitals near capacity. But no supplies are coming from the federal stockpile.