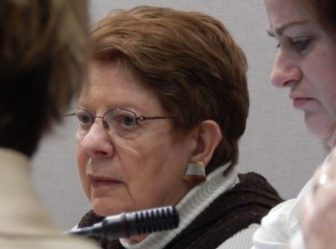 Medicaid is one of the state’s largest expenses, and a big target for savings in Gov. Dannel P. Malloy’s proposed two-year budget. But health care providers and social service advocates say the way Malloy would cut Medicaid is financially short-sighted and threatens to undermine recent progress in a program that has added thousands of new members as part of the federal health law, expanded the network of providers willing to treat them, and reduced its per-client costs.

One head-scratcher, critics say, is Malloy’s proposal to ax a pilot program to coordinate care for some of the highest-cost Medicaid clients, an initiative that even the administration’s budget documents say could generate long-term savings.

“That one makes no sense,” said Sheldon Toubman, an attorney with the New Haven Legal Assistance Association.

Medical groups and client advocates also say Malloy’s proposal to cut more than $225 million in payments to health care providers over two years could make it harder for Medicaid clients to find providers to treat them and could lead to job losses or home care agency closures.

“We now have a Medicaid program with 700,000 individuals in it,” said James Iacobellis, senior vice president for government and regulatory affairs at the Connecticut Hospital Association. “Today, its network needs to be stronger than it was yesterday.”

And advocates and some legislators have panned Malloy’s proposal to lower Medicaid eligibility for pregnant women and parents of minor children, which is forecasted to cause about 34,000 people to lose Medicaid coverage and save the state $126.7 million over two years.

Budget director Benjamin Barnes pitched it as one of the easier cuts during a briefing to legislators last week, noting that those cut from Medicaid would qualify for federally subsidized coverage through the state’s health insurance exchange. But legislators rejected a similar proposal two years ago, and some signaled that they’re still wary of the idea.

“There’s a lot of these issues that I personally can’t live with,” Rep. Catherine Abercrombie, co-chairwoman of the Human Services Committee, told Barnes.

Malloy’s budget proposal is essentially an opening offer to legislators, who will formulate their own proposal in the coming months. But while some indicated they find the cuts unpalatable, whatever alternative they come up with will have to address projected budget deficits of $1.3 billion in the next fiscal year and $1.4 billion the year after.

Connecticut’s Medicaid program covered 723,769 people last month. Overall, the program costs more than $6 billion per year, although the state’s net spending is closer to $2.4 billion since the federal government reimburses Connecticut for more than half its Medicaid expenses. (For that reason, cutting $100 in Medicaid spending generally saves the state $50 or less, since it would mean forgoing the federal matching funds.)

But spending is not distributed evenly among Medicaid clients. Nearly half the costs cover the care of about 13 percent of the clients – people with disabilities and about 96,000 seniors, many in nursing homes. During the 2014 fiscal year, their care cost $2.74 billion – nearly $1 billion more than the cost of covering more than 450,000 children and parents in the program.

The demonstration project Malloy plans to eliminate would have attempted to find ways to better provide care to some of those in the highest-cost group, a subset of about 57,000 people who are eligible for both Medicare and Medicaid. Many are seniors with dementia or younger adults with serious mental illness, addiction and complex medical problems. And although their care is expensive, it’s often poorly coordinated and inadequate, leading policymakers to believe there’s room to save money while better addressing their needs.

State officials and others have been working for the past three years to get federal approval for the pilot program.

“To arbitrarily take it out to make the budget look better I think is extremely short-sighted,” said Sheila Amdur, an advocate for people with mental illness who has been involved in developing the program.

“It’s the highest-cost population in Medicaid,” Amdur added. “And it’s a population that is least likely to see any reduction or amelioration of spending or improving of health outcomes unless there really is very focused care coordination and coordination among the providers.”

Barnes acknowledged that the project could have produced savings, but said that in a budget that required significant cuts, funding a new program was a low priority. The demonstration project would have cost the state $25.5 million over the next two years.

“The more you spend, the more you save,” Barnes said. “I believe that in the long run, that kind of thing is worth doing, but we don’t have the resources to make those long-term investments of that type right now.”

And the program’s potential for savings was downgraded after federal officials rejected the state’s request to waive certain Medicare payment restrictions for the project, according to the state Department of Social Services. Spokesman David Dearborn said negotiations with the federal government over the program have been challenging.

“Although the demonstration was eventually expected to provide greater efficiencies in various areas and, ultimately, long-term savings from additional rebalancing and preventable inpatient stays, the savings will not be as significant as may have been originally envisioned,” Dearborn said.

Medicaid
How the program breaks down by coverage group, enrollment, cost and Malloy’s proposals
Department of Social Services

Unlike insurance companies, Medicaid has an advantage in controlling spending: It sets the rates it pays health care providers without negotiations. And one way to save money is to reduce the prices paid for care.

But in almost all cases, Medicaid rates are already lower than what private insurers and Medicare pay. In 2013, for example, Medicaid paid Connecticut hospitals an average of 67 cents for every dollar of cost (private insurers, by contrast, paid $1.44). A study commissioned by the association representing human service providers found that Medicaid rates for services like mental health and substance abuse treatment are already below the cost of care.

And in part because of the low rates, Medicaid patients have historically struggled to find providers to treat them, particularly specialists.

The Department of Social Services has made progress in expanding the Medicaid provider network in recent years, particularly among primary care providers and dentists, aided by increased payment rates for both groups. 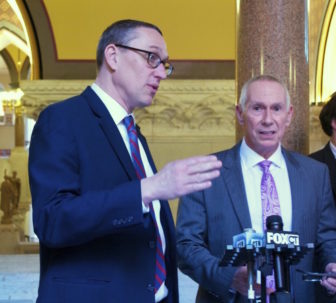 But provider groups and advocates say Malloy’s proposed rate cut – $225 million over two years – could weaken the network for a program that covers close to one in five state residents.

Malloy’s proposal would spare primary care providers and community health centers, and leaves the decision about whose rates would drop to DSS. Dearborn said that decision hasn’t been made yet.

Leaders of provider groups wasted little time forecasting what a cut could mean.

In addition to the general rate cut, Malloy’s proposal calls for a $20 million annual cut in payments to nurses for administering medications to patients at home or in other community settings.

“If this rate cut happens I think we’re going to definitely see agencies walking away from the Medicaid program,” said Deborah Hoyt, president and CEO of the Connecticut Association for Healthcare at Home. Other home care agencies will likely close, she said, because they don’t have enough non-Medicaid clients and can’t get by on Medicaid rates.

Ken Ferrucci, senior vice president of government affairs at the Connecticut State Medical Society, said the physicians’ group is relieved primary care rates would be untouched, but has concerns about specialists.

“Enticing specialists into the Medicaid system has been difficult to begin with,” he said.

Barnes told legislators that he didn’t know how the provider community would react to the rate cuts, and said the administration is still determining how the cuts would be made.

“Clearly, preserving access to care through a variety of providers is the highest priority in setting up those,” he said.

Malloy’s proposed Medicaid cuts
The federal government reimburses the state for more than half its Medicaid costs, so the amount the state would save for a given cut is generally less than the total amount of spending that would be eliminated. The third column shows the state’s savings from a cut, while the fourth column shows the total loss of federal and state funding that would occur. (For example, cutting provider rates would save the state $90 million, but would be a $225 million cut to providers once federal funds are factored in.)
Office of Policy and Management

Advocates, legislators and the state medical society are also concerned about Malloy’s proposal to reduce Medicaid eligibility for parents and pregnant women, from about $40,000 for a family of three to just under $28,000. (The current income limit for pregnant women is higher, but Malloy’s plan would lower it to the same limit as other parents.)

Those who no longer qualify for Medicaid could buy federally subsidized insurance through the state’s health insurance exchange, Access Health CT.

Legislators rejected a similar plan in 2013, concerned that poor parents wouldn’t be able to afford even deeply discounted insurance. While Medicaid is free and covers dental and medical care, exchange plans have premiums, don’t cover dental care and, for many of the parents, would have copayments and deductibles of up to $800.

Doctors are concerned that even if poor parents buy insurance, many won’t be able to afford the copays or deductible and will avoid getting care, Ferrucci said.

And Sharon Langer, advocacy director at Connecticut Voices for Children, said causing parents to lose Medicaid coverage could make it less likely that their children would be covered.

But Barnes told legislators it was one of the easier cuts to recommend. “There is available to them highly subsidized insurance, subsidized by someone else,” he said.

“I’m not going to deny that it may be somewhat negative,” Barnes added, “But there are real cost savings, and I think the cost savings are so great compared to the potential costs that it’s worth your strong consideration.”