Esty effort to boost manufacturing misses by one miscast vote

Washington – It had bipartisan support, but Rep. Elizabeth Esty’s effort to boost funding of a popular manufacturing program failed by a single vote late Tuesday because a fellow Democrat made a mistake in casting his ballot.

Rep. Raul Grijalva, D-Ariz.  one of just three Democrats to oppose Esty’s amendment, was not fully informed on what he was voting on, said the congressman’s press secretary, Dan Lindner.

“It was a mistake,” said Grijalva communications director, Dan Lindner. “He got the wrong information from staff about the amendment. He supports the amendment. It was just a mixup.” 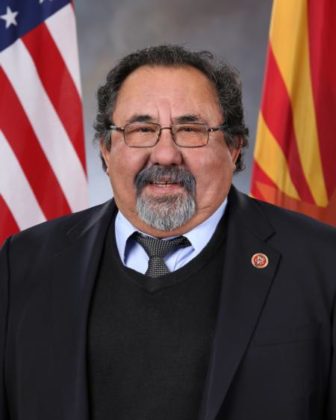 By the time Grijalva realized his mistake, the gavel had fallen and he could not change his vote.

Tuesday’s 213-214 vote (five members of the 435-member House of Representatives were absent and a few seats are currently vacant) denied Esty a chance to add $11 million to the Manufacturing Extension Partnerships (MEP) program through an amendment to a spending bill that will fund the Commerce and Justice departments and several smaller federal agencies. The House had set the 2016 budget for the MEP at $130 million, but President Obama had asked Congress for $141 million for the agency.

All but three Democrats present voted for Esty’s amendment, as did 32 Republicans. But Esty’s plan to offset the cost of her amendment by trimming money from the federal prison system also cost her support.

Rep. Cheri Bustos of Illinois, another of the three Democrats who voted “no” on Esty’s amendment, opposed the measure because of the “pay for,” a staffer for the congresswoman said. Bustos fought to establish a new federal prison in her district.

The MEP was created in 1980, when U.S. manufacturers began to lose ground to Japan, especially in consumer electronics and steel, where U.S. goods were considered of lesser quality and production processes were deemed outdated.

In seeking support for her amendment on the House floor, Esty said that since she assumed office in 2013, CONNSTEP’s clients have created 511 jobs, retained more than $527 million in sales, and realized cost savings of $81 million statewide.

In Thomaston, Metallon Inc., a metal-stamping and assembly facility, expanded its workforce and increased sales by half a million dollars thanks to help it received from CONNSTEP, Esty said, and Metallurgical Processing Inc., a  metal treatment facility in New Britain, saw a 20 percent increase in production.

“I have seen first-hand how CONNSTEP’s support has helped Connecticut businesses grow their footprint and retain and bring jobs to the state,” Esty said.

In just over two years in office, Esty has invested much of her time and effort on ways to boost manufacturers, especially high-tech ones.

Bonnie DelConte, president and CEO of CONNSTEP, said about 25 percent of her agency’s budget comes from the MEP. CONNSTEP currently has a five-year, $7.5 million MEP grant.

“This funding helps us reduce our costs and reach out to more manufacturers,” she said.

DelConte said she was disappointed in the House vote, but, like Esty, hopes the “momentum” of that vote opens the door to another opportunity to increase the MEP’s funding.

“It’s encouraging that (Esty) is keeping up with that effort,” DelConte said. “Everybody is finding it hard to keep good (federal) programs from being cut.”