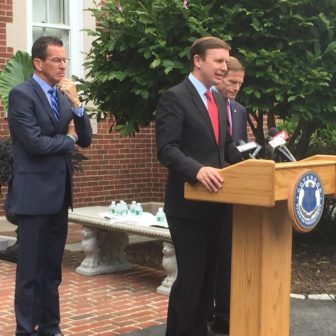 Washington – The U.S. Bureau of Indian Affairs has moved to make it easier for tribes across the nation to win federal recognition – while blocking several Connecticut tribes from doing so.

Kevin Washburn, head of the BIA, released final Indian recognition rules on Monday that would bar the Eastern  Pequot Tribal Nation, the Golden Hill Paugussett Nation and the Schaghticoke Tribal Nation from reapplying for federal acknowledgment. The tribes had been thwarted in previous attempts at recognition.

“Allowing for re-petitioning by denied petitioners would be unfair to petitioners who have not yet had a review, and would hinder the goals of increasing efficiency and timeliness by imposing the additional workload associated with re-petitions on the Department…,” the BIA’s final rule said.

In earlier drafts of the proposal, the Connecticut tribes would have been allowed to reapply for acknowledgement, but only if those who had opposed their recognition agreed.

That would have been difficult.

Nearly the entire Connecticut political establishment opposed granting the tribes federal recognition because that would open the door to land claims and Indian casinos. Currently the Massantucket Pequots and the Mohegans are the only federally recognized tribes in the state — and they also had to battle Connecticut officials win that status.

In the end, Washburn decided the final rules should bar all second chances to win recognition.

“While we are still analyzing the fine print, the final rule announced today represents a big victory for the State of Connecticut,” said Gov. Dannel Malloy.

Sen. Richard Blumenthal, D-Conn., said, “We are pleased that the Bureau of Indian Affairs heeded and heard our concerns and reversed deeply problematic language that would have eviscerated four decades of existing administrative procedures and principles.”

“Most notably, the BIA has reversed course on its initial plan to allow a second bite at the apple for previously denied petitioners,” Blumenthal said.

Rep. Rosa DeLauro , D-3rd District, said, “With this new rule, previously denied petitioners will not be able to repeatedly petition for federal recognition. This rule will increase transparency and efficiency in the federal tribal recognition process, and give families and business owners more certainty.”

Sen. Chris Murphy said, “This rule started out as disastrous for the states; today it is largely benign and harmless.”

Chief Quiet Hawk (Aurelius H. Piper Jr.) of the Golden Paugusett said he was disappointed but not surprised by the rule change.

“Even as the BIA worked to bring more transparency to the process of federal recognition, the Malloy administration and our congressional delegation have been working behind closed doors in Washington to produce the current outcome,” he said. “The new rules smell of heavy-handed political influence, violation of due process and violation of the rights of certain Native American tribes.”

Washburn made other changes to his draft plan. He had dramatically pushed forward — to 1934 — the date from which a tribe had to have proof it existed as a community and had exercised political control over its members. The new rule sets the date at 1900.

Since 1978 when the  federal government established its current recognition system, which Washburn called “broken,” it has recognized 17 tribes and rejected the petitions of 34 others.

A member of  Oklahoma’s Chicasaw Nation, Washburn has sought to reform the recognition process since 2013. His efforts drew fire from gaming tribes, who said he was setting the bar too low for recognition and from Connecticut officials.

He said he took all of those criticisms into consideration in crafting the final regulations.

“This updated rule is the product of extraordinary input from tribal leaders, states, local governments and the public,” Washburn said. “We have a responsibility to recognize those tribes that have maintained their identity and self -governance despite previous federal policies expressly aimed at destroying tribes.”

Connecticut officials were also concerned the BIA might make it easier for  “splinter groups” to claim recognition.

While calling Washburn’s revisions “a huge victory,” Blumenthal said the new tribal recognition rules could be challenged in court.

“We must remain vigilant in light of litigation challenges likely to be brought by the powerful interests who initially sought these changes,” Blumenthal said.

Alban Murtishi contributed to this story.