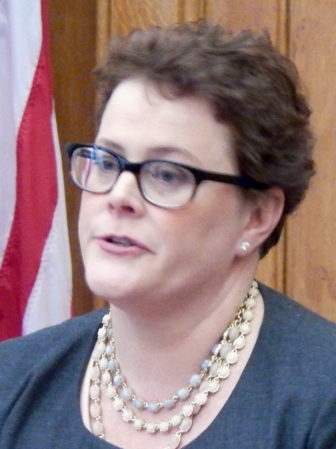 Health insurance plans sold in Connecticut will no longer be allowed to limit coverage of medically necessary infertility treatment to people under 40, according to new guidance issued by the Connecticut Insurance Department Thursday.

The state has since 2005 required insurance plans to cover medically necessary expenses related to the diagnosis and treatment of infertility, but only required the coverage for people under 40. The guidance removes the age limit.

The change followed a review process that included input from insurers and the National Women’s Law Center. It determined that infertility treatment “may be clinically effective for ages above 40,” the guidance said.

Insurance Commissioner Katharine L. Wade said she began looking into the issue after reading a report by the National Women’s Law Center. Wade, a former Cigna lobbyist, recalled the passage of the 2005 mandate, and said at the time, medical evidence supported having 40 as an age limit.

The review also followed guidance from the federal government indicating that age limits on coverage are discriminatory if they apply to services that are clinically effective at all ages. The Affordable Care Act prohibits discrimination in benefit design based on age.

Keith Stover, a lobbyist for the Connecticut Association of Health Plans, praised both the change and the process that led to it.

“This process went exactly as it should, which is with the department and its technical experts and the plans, with their quite literally national women’s health leadership, and we worked out what I think is the right thing,” he said. “I think it was a very positive development.”

Stover said the age limit that was included in the 2005 mandate was the “medical-slash-political compromise at that point.”

The insurance department previously removed the age limit in the state’s mandate for coverage of hearing aids in response to guidance from the U.S. Department of Health and Human Services.