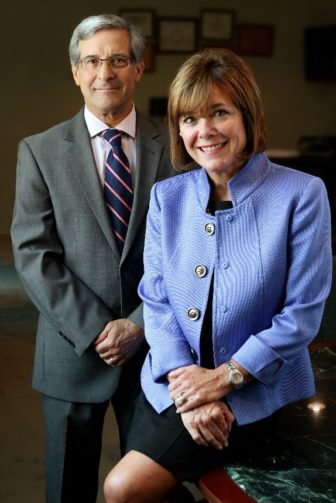 The Hospital for Special Care

Votto, who has led the hospital for 18 years, plans to serve as president and CEO of its parent company, The Center for Special Care, until Oct. 1, 2016, when Ricci will take over the helm of that organization too.

The Hospital for Special Care is somewhat unique in Connecticut and nationally, a 228-bed, long-term, acute care hospital that serves adults and chidlren. It provides rehabilitation and chronic care, with programs that serve people with spinal cord injuries, brain injuries, neuromuscular diseases such as muscular dystrophy and ALS, and other complex medical needs.

Ricci has held multiple administrative positions at the hospital since 2007, and previously worked in long-term care facilities.

She led the development and opening last year of the hospital’s Maximilian E. & Marion O. Hoffman Foundation Outpatient Center, and played a key role in developing the hospital’s autism center, which serves children and adolescents with autism-spectrum disorders.

Ricci took part last year in “Spectrum of Kindness,” an online collection of stories presented by the hospital and gathered from people affected by autism. Ricci wrote about her then-18-year-old son, who has autism, and the grocery clerks and others who treat him with compassion and kindness during everyday encounters.

“John has been instrumental in setting the strategy to build HSC into a national model for the long-term specialty care industry to follow,” the Center for Special Care’s board chairman, David Kelly, said in a statement. “In endorsing Lynn as his successor, the board has expressed full confidence that Lynn has the skills and expertise to continue the high standards set for the hospital by John.”