2,200 exchange customers could lose discounts for not filing taxes 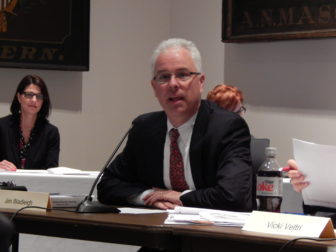 About 2,200 current customers of Connecticut’s health insurance exchange won’t be eligible for discounted coverage next year because they did not file tax returns for 2014 as required, exchange officials said Thursday.

Under federal law, people who buy insurance under the federal health law and receive federal tax credits to discount their premiums must file tax returns to reconcile their tax credits with their actual income for the year. Those who have not yet filed a tax return for 2014 won’t be eligible to receive discounts on their premiums next year.

The 2,200 Connecticut residents affected are those who received premium discounts through the state’s exchange, Access Health CT, but did not file their 2014 tax returns, exchange CEO Jim Wadleigh said during a conference call with reporters.

As a result, those who are expecting coverage through the exchange in 2016 won’t be eligible for discounts and will receive bills for January premiums at unsubsidized rates, which could be up to $2,000 higher than what they had been paying, Wadleigh said.

Overall, the 2,200 customers have been receiving a total of $1.1 million in federal premium subsidies each month, Wadleigh said.

Customers can file their taxes now, but Wadleigh said the Internal Revenue Service has said there will be a three- to 10-week lag between when the returns are filed and when the information is provided to state exchanges.

Wadleigh said the exchange, Access Health CT, received information on the 2,200 customers from the IRS Wednesday but is not allowed to give information to consumers about their tax filing status.

Access Health plans to send postcards to a wider group of customers and make computer-generated calls, indicating potential reasons why they could lose the premium discounts they currently receive.

Nationally, as of July, 710,000 taxpayers who received tax credits to discount their premiums had not yet filed a tax return or sought an extension, IRS Commissioner John Koskinen told members of Congress. Another 360,000 taxpayers who received the credits had filed for an extension, giving them until Oct. 15 to file. A U.S. Department of the Treasury spokesman said Thursday that those figures are the latest available.

During the conference call, Wadleigh would not say how many customers have signed up for coverage in 2016, but said the numbers “are pretty good,” and almost at the number of people who signed up at the end of the previous open enrollment period, when just over 110,000 people signed up. The majority of exchange customers were eligible to be automatically renewed into their existing plans if they did not actively pick a different plan or seek to stop their coverage.

But Wadleigh and Lt. Gov. Nancy Wyman, who leads the exchange’s board, said about 10,000 current customers were not eligible to be automatically renewed and have not yet reapplied.

“We realize that we’re a little shorter than we thought, and we need to get the word out,” Wyman said.

People who want coverage that begins Jan. 1 must sign up by Dec. 15. The open enrollment period runs through Jan. 31.