A toddler dies, and the direction of a child welfare agency is tested

Facing a scathing report on her agency’s handling of a case that ended with the death of a 2-year-old girl, Department of Children and Families Commissioner Joette Katz’s decision to take more calculated risks and keep more children with their families is being tested.

“It’s best practice. Children clearly do better with people they know; it’s common sense,” Katz said during a recent interview. “The problem is, this agency has been incredibly risk adverse.”

“We know that a family placement is the better way to go when it’s possible,” the Democratic governor said during a recent interview. “That familial connection is important.”

But the Office of the Child Advocate, a state watchdog agency that investigates the circumstances surrounding child deaths in the state, said Tuesday that the agency’s approach works only if its assessments of risk to children are reliable.

The child advocate said the assessment process went terribly awry several times in a case that led to the death of 2-year-old Londyn Sack from a drug overdose last fall.

The child’s mother, Rebekah Robinson, had been reported to DCF multiple times since 2013. The reported concerns included that Robinson had attempted suicide while she was pregnant, that Londyn had been physically abused, and that she was sitting in the snow in just a diaper and t-shirt.

The department also failed to seek records of three complaints filed against the mother in North Carolina, where she lived for several years before returning to Connecticut in 2013.

The mother was regularly referred to voluntary community-based programs, and Londyn and her siblings remained in the home.

Child Advocate Sarah Eagan’s report concluded “that Londyn’s family was inappropriately assigned by DCF to its lower risk FAR track in 2013 and 2014, facilitated by inadequate assessments of the needs and risks presented by the caregiver and the impact on the safety and well-being of the four children in the home,”

“Effective response to child welfare concerns hinges on reliable and thorough assessments. Understanding the risk issues in the home is essential for children’s safety and enables the case manager to make good decisions regarding potentially effective interventions that can increase parental capacity and sustain children’s safety over time,” the report said.

Multiple drugs were found in Londyn’s system after her death, the state medical examiner ruled it a homicide, and Robinson has been charged with manslaughter, the child advocate’s report said.

A DCF social worker awaits a call at the agency’s hotline.

More than 8,000 phone calls are made each month to the agency’s hotline to report concerns about children being abused or neglected. Staff there determine whether an allegation and a family’s background with the agency merit an investigation, which often leads to a child being removed from his or her home.

In 2013, Katz created a new option for incoming cases – the Family Assessment Route – a path families that are classified by hotline workers as low-risk can elect to participate in to get help.

One-third of calls are sent down that route.

“Efforts to preserve families through a one-track or two-track child welfare response system may be appropriate,” the child advocate’s report said, “but these efforts can only be successful with reliable safety assessment.”

In a statement, a DCF spokesman said the problems in this case were “isolated” and not systemic, but he highlighted changes the department will be making to ensure cases are reported appropriately and said DCF has teamed up with the University of Connecticut’s School of Social Work to evaluate the approach. He said no staff have been disciplined over this case. 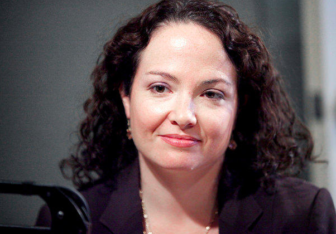 UConn reports that 16 children whose cases were identified as low-risk have died since the approach was rolled out.

The debate over how to best protect children goes back decades, with advocates on one side arguing that keeping families together whenever possible is better for children. But others push back, saying that approach is applied too broadly and keeps children in dangerous environments.

Such an incident faced former DCF Commissioner Linda Rossi in March 1995, during her first few months on the job, with the death of Baby Emily Hernandez. Public backlash in that case led to a steady rise in the number of children in foster care.

The legislature’s non-partisan Office of Legislative Research reported the Baby Emily case resulted in a substantial increase of children being removed from their families and placed in foster care.

“Since the death of baby Emily in early 1995, the [department] has more aggressively removed children from homes where child abuse or neglect is suspected. This policy has stressed a foster care system that provides placements for many of these children,” reads another OLR report.

“Connecticut‟s children still suffer from the harm done to them by foster-care panics in 1995 and 2003,” Richard Wexler, the leader of the national think tank, wrote in a report released just before Katz took office. “Going back at least to 1995, DCF and politicians have confused child removal with child safety. They have reacted to high-profile horror stories by demanding an approach to child welfare that can be boiled down to a single sentence: ‘Take the child and run’.” 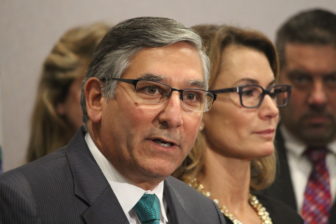 But Katz has promised not to become reactive, and instead to fine-tune the agency’s approach. When Katz became the commissioner in 2011, Connecticut had one of the highest rates in the nation of removing children from their homes and placing them in group homes.

Connecticut’s FAR approach is patterned after a national model known as a Differential Response System, and Connecticut is following the lead of 20 other states by implementing it.

“Such tragedies are rare among the tens of thousands of families and cases we serve, but nevertheless we are always working to prevent these types of heartbreaking events from occurring again,” the Department wrote in a statement Tuesday.

But the state Senate Republican leader is calling for Katz to resign.

“The state has culpability in Londyn’s death as well as many others,” said Sen. Fasano. “These unnecessary child deaths are a direct result of the misguided and dangerous policies implemented by Commissioner Katz.  Her stubborn insistence on keeping kids in unsafe homes in order to show fewer out-of-home placements, her promotion of a ‘low-risk’ diversion program which keeps kids off DCF rolls but leaves them unprotected, and her failure to implement sufficient risk assessment and quality assurance programs, which advocates have been crying for, are resulting in serious harm and even death for too many Connecticut children.”