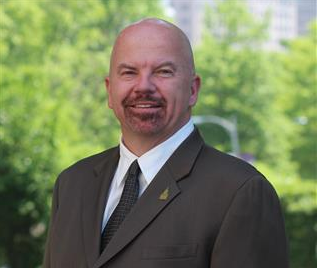 Joe Gresko, a legislative press aide, won a special election Tuesday night to fill the vacancy in the state House of Representatives left by the death of his friend and boss, Rep. Terry Backer, D-Stratford, said a spokesman for the House Democratic majority.

Unofficial results had Gresko, who won a seat as a Stratford councilman last fall, winning 1,339 to 872, Democrats said. His opponent was Republican Susan Barksdale, a former Board of Education member.

“It means everything. This guy was a very good friend of mine. He gave me a fine example of how to be a representative,” Gresko said. “Towards the end, when I would go see him in the hospital, he’d grab my hand and make me promise to keep the fight going.”

Backer, 61, who won the seat in 1992, died Dec. 14 from complications of brain cancer. Backer was nationally prominent as the first Long Island Soundkeeper and a promoter of the international “waterkeeper” movement.

Gresko is a former radio reporter at WICC in Bridgeport. He was the communication manager for the city of Bridgeport before joining the House Democratic staff in Hartford more than a decade ago.

His victory in the 121st District would give the Democrats an 87-to-64 advantage in the House during the 2016 session of the General Assembly, which begins Wednesday and runs until its constitutional adjournment deadline of midnight May 4.

Gabe Rosenberg, a spokesman for the House Democrats, said he believed the results were transmitted to the secretary of the state’s office, possibly allowing Gresko to take the oath of office on the opening day of the session Wednesday.

“We’re doing everything we can to make that happen,” he said.