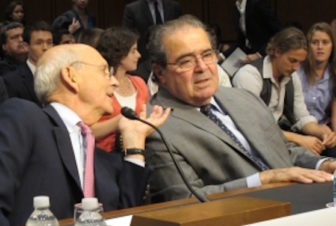 Washington – Like other Democrats, Sen. Richard Blumenthal, a member of the Senate Judiciary Committee, said he hopes the Senate will act quickly on a replacement for Justice Antonin Scalia, whose death was announced Saturday.

“The American people‎ should have a voice in the selection of their next Supreme Court Justice. Therefore, this vacancy should not be filled until we have a new president,” McConnell said in a statement.

Blumenthal said Scalia who died in his sleep at the age of 79, lived “a uniquely American life” as the son of Italian immigrants who rose to the highest court in the United States. He also said he was saddened by the death.

“My hope is the president will send (the Judiciary Committee) a name promptly because the court needs nine members to function,” he said.

He also said he will “participate actively in scrutinizing the nominee.“ 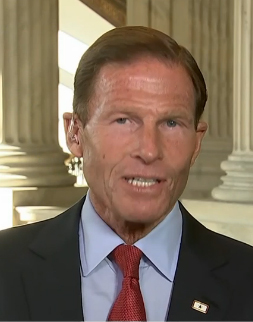 But the Judiciary Committee and the Senate as a whole have Republican majorities that can  block the nomination.

Blumenthal acknowledged “it is certainly a year fraught with presidential politics,” and his hopes the Senate approves a “reasonable, consensus nominee” may not be fulfilled.

Scalia was a strong conservative voice on the high court and his death leaves it evenly split between four conservative justices and four liberal ones, which could stalemate decisions on key cases this year.

One such case has to do with the Affordable Care Act’s birth control mandate. The Supreme Court was expected in March hear an objection from non-profit and religious institutions to the requirement that employers provide their female employees with health insurance that includes no-cost access to certain forms of birth control.

The justices decided to hear the case because lower courts were split on the issue. A tie on the Supreme Court means the mixed decisions by those lower courts would stand.

Blumenthal said Americans would not tolerate “the kind of disfunction and gridlock on the high court,” that characterizes Congress today.

“The American people would be disappointed and dismayed.” Blumenthal said.

Other Democrats, including Sen. Patrick Leahy of Vermont, the ranking member of the Judiciary Committee, also called for Senate action on a nominee.

“The Supreme Court of the United States is too important to our democracy for it to be understaffed for partisan reason,” Leahy said.