Schaghticoke group planning bid for federal recognition – and a casino

Washington – The Schaghticoke Indian Tribe of Kent, one of two rival groups in Connecticut with the Schaghticoke name, is preparing to make a bid for federal recognition, according to a Bureau of Indian Affairs official and a tribal consultant.

William Buchanan, a business consultant for the tribe, said the tribe plans to file a petition for recognition in about 60 days. Recognition would open the door to federal aid and the right to open a casino on tribal land.

Buchanan says the tribe has its eye on a location for a casino near Danbury and “just 50 miles from Manhattan.” But he said gaming is not the only thing driving the tribe to apply for federal recognition. 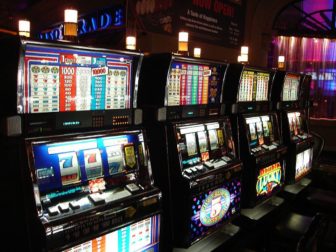 “It is one vehicle for raising revenues but it’s not the only vehicle,” he said.

If approved, recognition would also give the tribe a chance to revive land claims that include the site of the Kent School and the land where the Bull’s Bridge hydroelectric plant was built. The tribe claims those lands were once part of its state-authorized  reservation.

To help press for recognition, the tribe has hired Michael Anderson, a former assistant secretary for Indian affairs in the Clinton administration.

Anderson specializes in tribal land recovery and focuses his Washington, D.C.-based practice almost exclusively on the representation of tribes.

Buchanan said the Schaghticoke Indian Tribe has found financing for its efforts to seek recognition and open a casino from a “large corporation that does not have gaming interests,” but declined to identify the company.

A BIA official, speaking on background, confirmed the Schaghticoke Indian Tribe is preparing a petition and has asked the agency for information it needs to complete its bid for acknowledgment.

The Schaghticoke Indian Tribe’s bid for recognition could ratchet up the casino competition in Connecticut. For now, only the federally recognized Mashantucket Pequot and Mohegan tribes run casinos in the state.

A state law passed last year gave those tribes the exclusive right to negotiate with communities interested in hosting another casino in Connecticut off tribal land, a move to stem the migration of jobs and gamblers to a new casino that MGM Resorts International is building in Springfield.

But the state has not given permission to actually build a casino, and MGM is trying to derail the tribes’ plan by challenging the constitutionality of the state law in court. MGM says it would like the right to build a casino in Connecticut. So do Indian tribes in the state that have not been able to win federal recognition, including the Schaghticoke Tribal Nation, which split from the Schaghticoke Indian Tribe three decades ago in a dispute over tribal leadership.

The Schaghticoke Tribal Nation’s chief is Richard Velky. Chief Alan Russell is the head of the Schaghticoke Indan Tribe. Russell referred questions about the tribe’s plans to Buchanan.

The Schaghticoke Tribal Nation has partnered with MGM, and hired the legal help of former Sen. Joe Lieberman, to try to stop the Mashantucket Pequots and Mohegans from establishing another casino in the state.

Buchanan says the BIA considers each branch of the Schaghticoke a separate tribe – with a shared history But recognition could hinge in part on the tribe’s being able to prove it’s independence from the other Schaghticoke tribe.

The SIT, which Buchanan says has about 120 tribal members, plans to take advantage of  new tribal recognition rules approved by the BIA last year, which opened the door to acknowledgement to many tribes. Nine tribes in six states, including Florida, California and New Mexico, have applied for recognition under the new rules, finalized last summer.

“Allowing for re-petitioning by denied petitioners would be unfair to petitioners who have not yet had a review, and would hinder the goals of increasing efficiency and timeliness by imposing the additional workload associated with re-petitions on the Department…,” the BIA’s new regulations said.

To meet the new tests for federal acknowledgment, tribes must prove they have had a distinct identity since 1900, with continuous community and political authority. Petitioners also have to prove all of their members descend from a historic tribe.

The Malloy administration and members of Connecticut’s congressional delegation worked hard – and successfully – to prevent the BIA from adopting new rules that would give Connecticut’s tribes a new chance at recognition.

Devon Puglia, a spokesman for the Malloy administration, said he had no comment on the Schaghticoke Indian Tribe’s new effort to win acknowledgement.

Buchanan said he expects the state government to challenge the tribe’s application before the BIA.

He said he would prefer the state “play nice” and back the tribe. In return, Buchanan said, the tribe would be willing to enter into a revenue-sharing agreement with the state government, much like the Mashantucket Pequots and Mohegans. Those tribes entered into a compact with the state that gives them exclusive rights to operate slot machines and commercial casinos in Connecticut in exchange for the 25 percent of slot revenue it gives to the state.

That arrangement would be threatened by the establishment of another casino in the state.