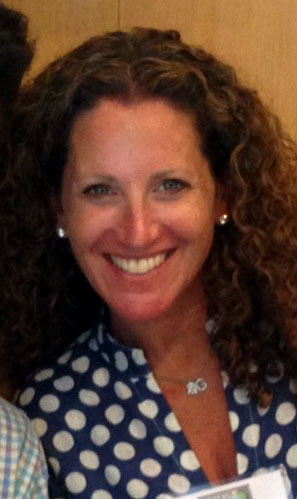 Washington – The Senate blocked a bill Wednesday that would set national voluntary labeling standards for genetically modified foods and bar states like Connecticut from setting their own rules.

He and Sen. Chris Murphy, D-Conn., helped keep the bill’s GOP supporters from moving the bill forward. They needed 60 votes, but the bill faltered 49-48.

Although Senate Majority Leader Mitch McConnell supported the bill, he voted against it in a procedural step that allows him to bring the legislation back to the floor if he is able to reach a compromise with Democrats.

“We are thankful that the rules of the U.S. Senate delayed consideration of the “(GMO bill)  until a proposal that is fair to consumers is on the table,” said Tara Cook-Littman, head of the board of directors of Citizens for GMO Labeling.

The “Biotechnology Labeling Solutions Act” would have asked food manufacturers to voluntarily provide a toll-free number, website or a QR code that could be scanned with a smartphone, that would provide consumers with information about genetically modified organisms in food.

If too few food companies provided information on GMOs, the bill would have allowed the U.S. Department of Agriculture to eventually decide whether to mandate it.

But the bill, sponsored by Sen. Pat Roberts, R-Kansas, would have pre-empted efforts by three states, including Connecticut, to require mandatory labeling of GMOs.

Connecticut approved a law in 2013 to require GMO labeling. But a pushback by grocers and some farm groups led to a compromise in the form of a trigger in the law that allows it to go into effect once Northeast states with a combined population of 20 million adopt similar laws.

Maine has approved a law with a similar trigger.

But Vermont’s GMO law has no trigger and is about to go into effect on July 1 unless Congress blocks it.

“This bill would invalidate everything we’ve done,” Murphy said. “Science has yet to come down on GMOs, but consumers should be able to have choices in the food they buy.”

Roberts argued that there is a need to bar implementation of state laws.

“This is really a conversation about a few states dictating to every state the way food moves from farmers to consumers in the value chain,” he said. “We have a responsibility to ensure that the national market can work for everyone, including farmers, manufacturers, retailers, and consumers.”

Roberts said requiring changes in the production or labeling of most of the nation’s food supply for a single state would impact citizens in every state – by as much as $82 billion each year, or “approximately $1,050 per hardworking American family.”

Last year the  U.S. House of Representatives voted 275-150 to approve the “Safe and Accurate Food Labeling Act of 2015,” a bill that would also pre-empt state laws by creating a federal standard for the voluntary labeling of foods with GMO ingredients.

“That’s why the (food) industry is panicking,” she said.

She also said  Republicans in the House and Senate “are trying to fool Americans into thinking they are doing something [about GMO labeling], and they are not.”

She said she doubted many food producers would provide toll-free numbers, websites or QR codes to inform consumers. Nor does she think busy shoppers will take the time to pursue that information.

Advocates of voluntary labeling say GMO-modified food has been proven to be safe.

Senators who support mandatory labeling of GMOs, including Blumenthal and Murphy, are co-sponsors of the Biotechnology Food Labeling and Uniformity Act, which would make labeling the law of the land.

“This issue is of particular importance to my state because it was the first to require labeling of genetically modified food,” Blumenthal said in a  speech on the Senate floor last Tuesday.

He called Roberts’ bill “a sweeping and draconian proposal.”