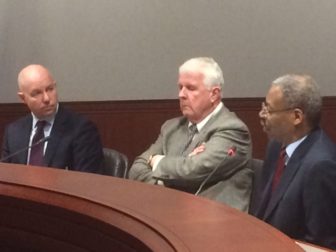 Pushed by a coalition that stretches across the political spectrum, reform is coming to Connecticut’s bail system. The only question seems to be how far and how fast the General Assembly is prepared to go.

A prominent bail bondsman conceded as much Wednesday at a forum on bail reform in Hartford, saying he is resigned to his industry’s losing its biggest source of customers – defendants arrested on misdemeanors.

“We have conceded that misdemeanor bonds can be given up in this proposal. We’re OK with that,” said Andrew Bloom, a founder and former president of the Bail Agents of Connecticut Association. After a pause, he added, “Not that we’re really OK with it.”

Bloom seemed to be saying that curtailing the use of cash or surety bonds for defendants arrested on misdemeanors – one of Gov. Dannel P. Malloy’s proposals — appeared inevitable, even if bail agents were unhappy about it.

But the bail industry is trying to delay more sweeping changes to a system that processed 151,763 defendants last year, including a provision that also would limit the market for bail bonds in felony cases.

Malloy says the current bail system is discriminatory to the poor, keeping hundreds of defendants locked up on bails set at no more than $20,000. Others facing the same charges are released because they can either post bail or pay a bondsman a fee to do so.

Dan Barrett, the legal director of the American Civil Liberties Union of Connecticut, said 74 percent of pre-trial detainees are minorities, nearly triple their percentage of the population. 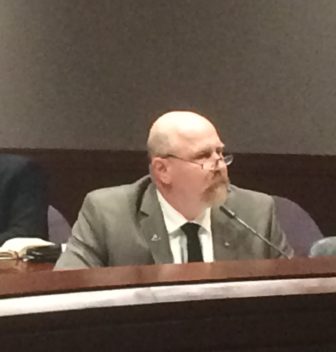 Andrew Bloom, a cofounder of the Bail Agents of Connecticut Association

“That’s a blinking red light for us at the ACLU,” he said.

Malloy, a Democrat with a liberal record on social issues, is allied on bail reform with the ACLU and two conservative groups, the local Yankee Institute for Public Policy and the California-based Reason Foundation.

“It’s actually happening all across other states. This has been a bipartisan issue in Texas, in New Mexico,” said Suzanne Bates, the policy director of Yankee, which organized the forum at the Legislative Office Building. “I think all of us at the root, we want justice, equality. We want liberty, and then we also want good financial management of state budgets.”

Malloy wants to bar bail for most misdemeanors. Exceptions would include domestic violence cases and charges stemming from a defendant’s failure to appear in court.

A more controversial element of his proposal would encourage judges to free defendants on 10 percent cash bonds, payable to a state-administered fund, not bail agents.

If the defendant kept his court appearances, the 10 percent cash bail would be returned. If not, the money would go to a fund that supports legal aid for the poor.

Under current law, a defendant who cannot afford to post his own bail can pay a 10percent non-refundable fee to a bail agent, who assumes responsibility for the bail if the defendant fails to appear.

Bail bondsman say that they provide an additional service by searching for defendants who fail to appear. Bloom told the panel Wednesday he has arrested 1,245 fugitives over a 20-year career.

According to the Judicial Department, 8.77 percent of 151,763 defendants failed to appear in court last year; the number was 10.6 percent the previous year.

“They are not heading for the Canadian border or anything like that. A lot come in on their own in a week or two,” Lawlor said.

Statistics from the Office of the Chief State’s Attorney seem to bear that out: 5,445 defendants defaulted on $51.7 million in bonds last year, but the office ultimately collected little more than $1 million.

“The total number of bonds forfeited reflects every instance in which a court ordered that a bond be forfeited because a defendant failed to appear when the case was called,” according to an email to Lawlor from the deputy chief state’s attorney, Leonard C. Boyle. “In the majority of these – perhaps the vast majority – the defendant appears in court soon thereafter and the judge vacates the forfeiture.”

Yankee and Reason issued a report that backs the Malloy administration’s call for changes that can be instituted this year and one that would require a state constitutional amendment the administration intends to seek in 2017.

A constitutional change is necessary for Connecticut to adopt a risk-based system similar to the one employed in U.S. District Courts and several states: Judges can withhold bail and order preventive detention for defendants if they are judged a public danger or flight risk, but others are released without the expense of paying a bail bondsman a non-refundable fee.

At the request of Malloy, the Connecticut Sentencing Commission is studying bail here and how other states handle preventive detention. Its report is expected late this year.

“We have a very diverse and eclectic group on our commission, and I can safely say all points of view will be represented,” John Santa, the acting chairman, told the panel.

Senate Minority Leader Len Fasano, R-North Haven, who is generally supportive of Malloy’s efforts on bail, questioned whether the legislature should delay any bail reforms until after the commission reports.

“It begs the question: Are we jumping the gun?” Fasano asked. “Are we rushing just a little too quickly on these issues?”