When the state Senate voted Wednesday to open financial aid for undocumented students, it stood out that the chamber’s only Hispanic member, Sen. Art Linares, was a no-show for the vote. 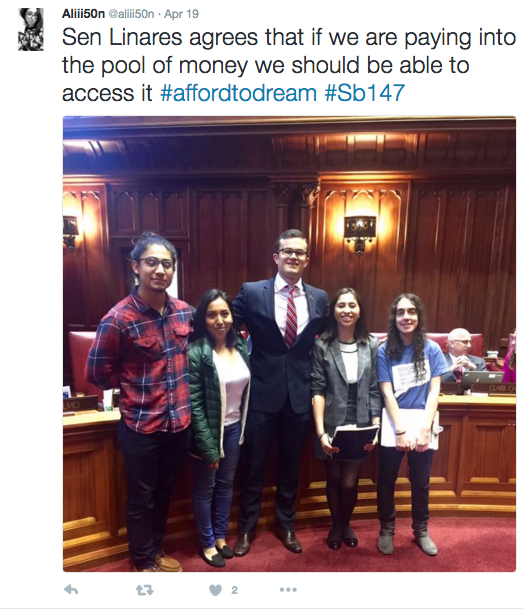 A screen grab of a tweet from from of the “Dreamers”

It was especially surprising to the advocates, the so-called “Dreamers,” who thought they had secured his support for the bill and posed for a picture with him shortly before the vote on the floor of the state Senate.

“Sen. Linares agrees that if we are paying into the pool of money we should be able to access it,” Dreamer Alison Martinez-Carrasco tweeted with a photo attached.

That’s actually not the case.

During an interview Friday, Linares said that, while a meeting led to him missing the vote, he would have voted against the bill had he been there.

“I am very concerned about our current financial situation,” he said of the state’s ballooning budget deficit that now is approaching $1 billion in the upcoming fiscal year. “We have to solve those problems first before we take on additional burdens that would create additional stress on other residents.”

The state Senate voted 21 to 13 along mostly partisan lines to approve the bill, which would make undocumented immigrants eligible to compete for a $140 million pool of financial aid beginning with the next school year. 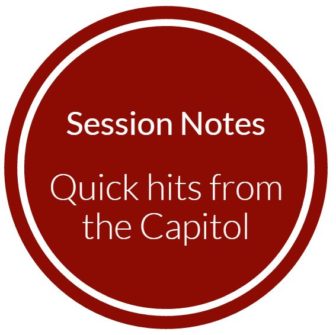 Linares, a Republican from Westbrook, was one of the first two Hispanics elected to the state Senate in 2012. Democrat Andres Ayala Jr. of Bridgeport was elected the same year, though he has since left public office.

Linares, whose grandparents left Cuba in 1961 to move to the U.S., was named Latino Citizen of the Year by the Connecticut Latino and Puerto Rican Affairs Commission in September. The leader of that group testified in favor of the bill approved by the Senate earlier this year, calling it unfair to price out undocumented Hispanic residents from college.

But Linares worries opening the financial aid pool would crowd out legal residents. Nonpartisan fiscal analysts report that the bill “does not alter the total amount provided for institutional aid. The bill does result in a potential redistribution of such aid to recipients.”

“We face a decision about priorities,” Linares said. “There is no internal conflict here, rather it’s a difference in priorities from those who support the bill.”

The legislation awaits final action in the state House of Representatives.