Public schools and colleges throughout Connecticut and the U.S. were informed by federal officials Friday that they must allow transgender students to use bathrooms for the gender they consider themselves – guidance that conforms to and bolsters changes made to state law five years ago.

“A school may not require transgender students to use facilities inconsistent with their gender identity or to use individual-user facilities when other students are not required to do so,” said the guidance letter released by the U.S. departments of Justice and Education. Sororities and fraternities are not affected.

“No student should ever have to go through the experience of feeling unwelcome at school or on a college campus,” U.S. Education Secretary John B. King Jr. said in a statement. “Educators want to do the right thing for students, and many have reached out to us for guidance on how to follow the law. We must ensure that our young people know that whoever they are or wherever they come from, they have the opportunity to get a great education in an environment free from discrimination, harassment and violence.”

The release of this guidance comes amid a national conversation about the rights of transgender residents after North Carolina passed a law that requires people to use the bathrooms and other facilities of the gender on their birth certificate. Gov. Dannel P. Malloy lambasted that law and signed an executive order that bans state-funded travel to North Carolina.

On Friday, he celebrated the federal government’s guidance.

“Discrimination, harassment, and bullying have no place in our classrooms and at our schools. Every child, no matter their gender identity, should be treated equally and fairly in a safe, supportive environment,” the Democratic governor said. “This guidance will help give educators the tools they need when setting a school policy that provides a safe learning environment for all.  While some espouse and support division, we believe in inclusiveness, and we believe that diversity makes us stronger.” 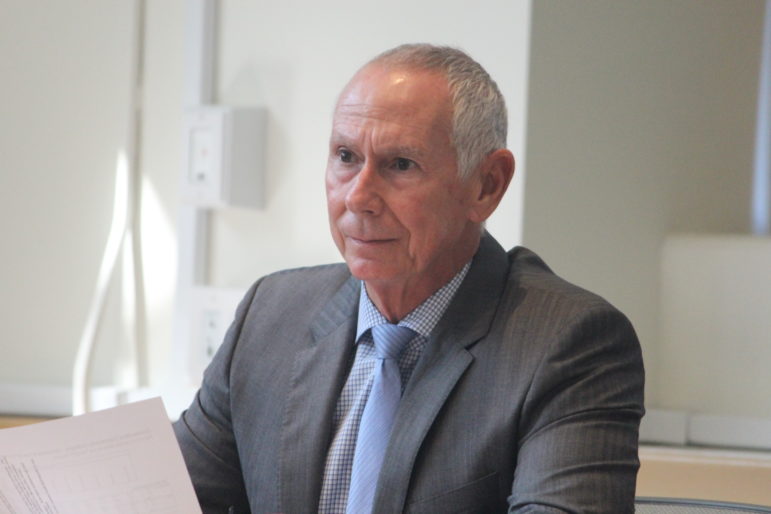 “We do not tolerate discrimination at any level,” said CSCU President Mark Ojakian

“Part of the unique value at CSCU is the diversity of our student population. I want to send a clear message to existing and future students that we do not tolerate discrimination at any level. I have been consistently vocal about our commitment to provide a safe learning environment that encourages and celebrates diversity and fosters a culture of inclusion. We are grateful for the U.S. Department of Education and Justice’s guidance as it falls in line with our policies, our history and our philosophy,” said Ojakian.

The law firm that represents dozens of school boards across the state – Shipman & Goodwin – wrote on it’s blog that the tide is turning on this issue nationwide after a recent federal appeals court decision and guidance provided by the U.S. Department of Education’s Office of Civil Rights.

“Public schools and higher educational institutions in Connecticut and elsewhere should be aware of OCR’s guidance on transgender students’ access to facilities and how courts are interpreting Title IX as it relates to these issues,” the post states.

During Malloy’s first year in office, the General Assembly passed legislation barring discrimination on the basis of gender identity in employment, housing and public accommodations, including restrooms.

Opponents at the time questioned the need for changing the law and suggested it might give legal protections to someone who indulges in a whim to dress as the opposite sex.

Shortly after state law was changed, the Connecticut State Department of Education issued guidance on the matter for schools to follow.

Federal officials said the guidance was released Friday to clarify how transgender individuals should be treated amid a growing number of questions from educators across the country. The federal government warned that federal funding could be withheld from institutions that don’t follow the guidance, which states gender identity will be determined as soon as the student or guardian asserts what gender the child is.