Quinnipiac poll: CT prefers Clinton over Trump, but likes neither 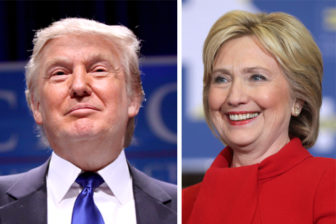 Connecticut voters favor Hillary Clinton over Donald J. Trump for president by only 7 percentage points, despite seeing her as better qualified on key measures by wide margins, while Bernie Sanders leads Trump by 19 points, according to a Quinnipiac University poll released Tuesday.

The first public poll since the Connecticut presidential primary finds little enthusiasm for the presumptive nominees of either party. In head-to-head matchups, Clinton leads Trump, 45 percent to 38 percent, which is consistent with polls last fall and earlier this year. Sanders, whose path to the Democratic nomination has all but disappeared, leads Trump, 54 percent to 35 percent.

“While Hillary Clinton leads Donald Trump, her single digit lead is smaller than might be expected from true-blue Connecticut, and her negative favorability rating is almost as bad as his,” said Douglas Schwartz, the poll’s director.

Clinton’s favorable/unfavorable split is 37 percent to 55 percent. Trump’s is even worse, 33 percent to 61 percent. Sanders is viewed favorably, 52 percent to 34 percent.

When voters are asked to choose among Clinton, Trump, Libertarian Gary Johnson and Jill Stein of the Green Party, Clinton’s lead over Trump shrinks to 41 percent to 36 percent. Johnson polls at 6 percent, and Stein at 3 percent. Another 14 percent say they either wouldn’t vote (4 percent), didn’t know or wouldn’t answer (8 percent) or would pick someone else (2 percent).

The poll was released the morning after the Associated Press declared Clinton the presumptive Democratic nominee, based on its updated count of delegates and superdelegates. Sanders’ supporters conceded nothing, saying superdelegates in Clinton’s column are free to back Sanders.

Its focus was Clinton and Trump. 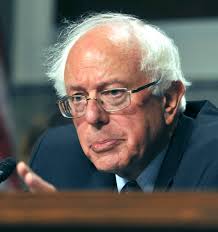 By wide margins, Connecticut voters see Clinton, the former first lady, U.S. senator and secretary of state, as better prepared than the brash Trump to be president and more possessing the right temperament to be commander in chief. But Trump, who never has held office, is seen as better able to bring “real change” to Washington.

“It’s pretty amazing that Trump is within single digits of Clinton, given how poorly he scores on having the temperament and being prepared for the presidency,” Schwartz said. “What Trump has going for him is the desire for change, and the weakness of Hillary Clinton.”

By nearly identical margins, both were seen as having “strong leadership qualities” (60 percent to 39 percent for Trump, 59 to 40 percent for Clinton.)

Only 36 percent of voters see Trump as caring about people like them, and only 33 percent see him as honest or trustworthy. Sixty-seven percent say they have an unfavorable impression of the way Trump is running his campaign (57 percent strongly unfavorable, 10 percent somewhat unfavorable.)

Blumenthal vs. Carter or Wolf for Senate

U.S. Sen. Richard Blumenthal, the Democrat seeking a second term, has a 2-1 lead over either Republican challenger, the party-endorsed Dan Carter or August Wolf, who is trying to qualify for a GOP primary. The poll found Blumenthal with a 60 percent job approval and high name recognition, while more than 80 percent of voters knew too little about either Republican to offer an opinion.

The poll was based on a telephone survey of 1,330 voters reached by land lines and cell phones from June 1 to 5. It has a margin of error of plus or minus 2.7 percentage points.