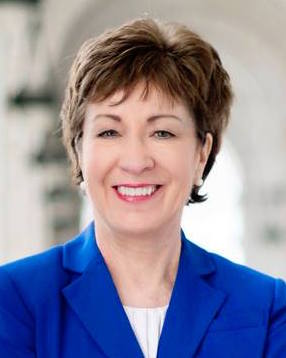 Washington – After the Senate voted down four gun control bills inspired by the Orlando massacre, a compromise emerged that would prevent those suspected of terrorist ties from purchasing weapons – and Connecticut’s senators say that’s encouraging.

On Tuesday, Sen. Susan Collins, R-Maine, revealed an outline of the deal she has crafted.

It would give the U.S. attorney general the authority to deny firearm sales to individuals who appear on the “no-fly” list and the “selectee list,” a roster of people who are subject to additional screening before boarding a plane.

The compromise would also address concerns among Republicans, who killed so-called “terror gap” legislation proposed by Sen. Dianne Feinstein, D-Calif.,  Monday evening, by providing a process for U.S. citizens and residents to appeal a denial to the U.S. Court of Appeals and recover reasonable attorney fees if they prevail.

Collin’s deal also would protect ongoing FBI terrorism investigations by giving the U.S. attorney general the discretion to allow gun sales to go forward to keep from tipping off a suspect and would include a “look-back” provision that would allow the FBI to deny a gun purchase to anyone who has been on the terrorism watch list during the past five years.

Orlando shooter Omar Mateen was investigated twice by the FBI, in 2013 and 2014. He was initially put on the terrorist watch list, but was removed after the FBI dropped the first probe.

Collins said she worked on the compromise with other senators, including Kelly Ayotte, R-N.H.; Bill Nelson, D-Fla.; and Jeff Flake, R-Ariz., because she thought Congress is compelled to act.

“All of us are united in our desire to getting something significant done on this vital issue,” she said. “Surely the terrorist attacks in San Bernardino and in Orlando that took so many lives are a call for compromise, a plea for bipartisan action.”

Sen. Chris Murphy, D-Conn., who held a nearly 15-hour filibuster last week to pressure GOP leaders to allow votes on gun control legislation, tweeted, “Encouraged by Collins amendment. Devil is in details. But we are watching in real time the grip of the gun lobby atrophy.”

An amendment Murphy sponsored that would extend background checks to purchases between individuals online and at gun shows was one of the four measures that failed on largely party-line votes Monday.

Sen. Richard Blumenthal, D-Conn., also said he is “encouraged by the bipartisan work of Senator Collins and others to reach common ground on preventing terrorists from buying guns,” and also said the details make all the difference.

“I’m joining colleagues in drilling down on the details to make sure it meets the test of effective action, not just rhetoric,” Blumenthal said. “It must be both flexible and enforceable – encompassing people who are truly dangerous, and allowing law enforcement to prevent them from obtaining guns. It must avoid unrealistically onerous procedures in court.”

Like Murphy, Blumenthal said he detects a change in Congress, which has failed to approve any gun control legislation in years, even after the December 2012 Sandy Hook Elementary School shooting that took the lives of 20 first-graders and six educators or any of the mass shootings since.

But at least 14 GOP votes and as many as 20 may be needed to approve the Collins compromise.

Dan Holler, vice president of the influential Heritage Action, a conservative group allied to the Heritage Foundation, urged Republicans to reject the deal.

“Rather than presuming guilt and denying Americans their second amendment rights, lawmakers should debate and vote on counterterrorism measures that would actually help keep us safe,” he said. “Americans deserve real leadership on the issue of Islamist terrorism, not made-for-TV sound bites intended to erode our constitutional rights.”

“The House cannot remain silent,” the Connecticut delegation said in a joint statement. “Speaker Ryan must hold a vote this week on these common-sense reforms, and we should not adjourn for recess until he does. At the very least, a vote will force lawmakers who oppose these bipartisan bills to go on the record and explain to the American people why they won’t take action to stop terrorists from buying guns.”