Murphy raises gun control – and his profile – at convention 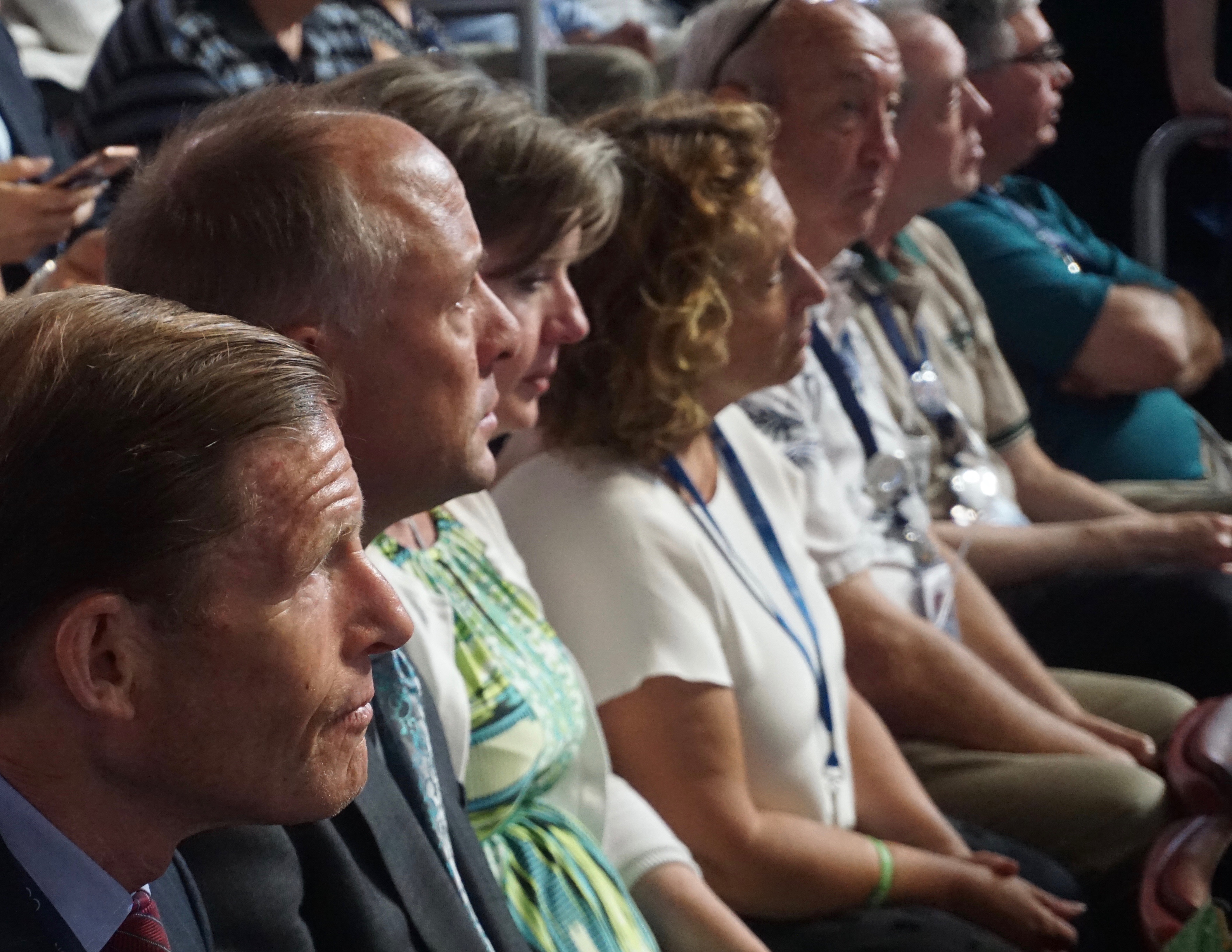 PHILADELPHIA — He started his speech with a standing ovation from members of the Connecticut delegation and ended it bringing the entire convention floor to its feet.

Sen. Chris Murphy’s’ impassioned, prime time speech on gun control Wednesday helped the Democratic Party showcase its commitment on the issue and helped raise a profile that has been elevated since he led a filibuster on the Senate floor to press GOP leaders to hold votes on gun legislation.

“Enough of children dying in classrooms. Enough of nightly bloodshed on our city streets. Enough of our police officers being outgunned, ambushed, and cut down in the line of duty.

The crowd joined him in chanting “Enough.”

Murphy told the delegates, and the nation, about the horrors of the day Adam Lanza killed 20 first graders and six adults at Sandy Hook Elementary School in December of 2012.

“I am furious – furious – that in three years since Sandy Hook, three years of almost daily bloodshed in our cities, the Republican Congress has done absolutely nothing to prevent the next massacre,” he said. “It stokes inside me a sense of outrage I’ve never felt before. And that’s what drove me to stand on the floor of the United States Senate for 15 hours to demand change.”

Murphy spent 15 hours on the Senate floor talking about gun violence, joined by about 40 Democratic senators who told stories of gun violence in their states – and families. 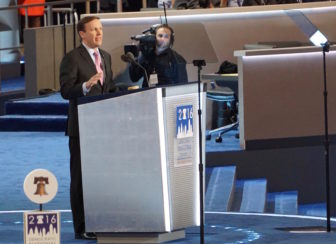 The Bardens were in Philadelphia Wednesday for the screening of the documentary “Newtown” on the day Democrats chose to address the issue of gun violence head-on.

Murphy, who was nervous about using a teleprompter to give his speech, said Hillary Clinton shared “that same sense of outrage” that Congress fails to approve gun control legislation that would broaden FBI background checks of gun buyers and bar those on a federal terror watch list from purchasing guns.

“Hillary Clinton didn’t have to make fighting gun violence a centerpiece of her campaign. I’m sure people told her it wasn’t worth the political risk. But she held firm. She stood up to the NRA and pledged to take Washington back from the gun lobby,” Murphy said.

Connecticut delegates rose to their feet and booed when Murphy said Trump “said that by the end of his first day in office, he’ll mandate that every school in America allow guns in their classrooms.”

Delegate Mike Cacace said Murphy gave a “passionate display of the intensity he feels about the issue.”

Murphy who represented Newtown in the U.S. House of Representatives before he was elected to the Senate in 2012, spent the week here talking about gun violence on a number of networks, including Fox, ABC and NBC.

Ronald Schurin, professor of political science at the University of Connecticut, said Murphy “is more positioned to get media attention that any other freshman in the Senate this year,” because of his attention-grabbing filibuster.

Murphy’s speech at the convention wasn’t nearly as powerful as the political springboard that was Barack Obama’s keynote address at the 2004 Democratic National Convention, Schurin said, “but certainly it raised his visibility.”

But before she spoke, a video entitled “My Mother” was shown in which Erica describes the devastating experience of finding out about her mother’s murder.

She recalls receiving the phone call, rushing to the elementary school, and waiting for answers — experiences common to too many American families.

Smegielski began her speech saying she did not want to be there Wednesday night.
“I should be home with my mother as we nominate the first woman president of the United States,” she said.

She praised Clinton’s commitment to toughening federal gun control laws, and slammed Trump “for not standing with American families.”

“What we need is a mother who is willing to do what’s right,” Smegielski said.