Federal monitor: Progress being ‘made and sustained’ at DCF 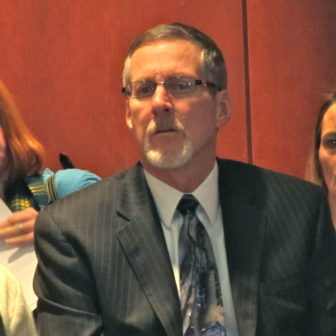 Federal court monitor Raymond Mancuso, who is responsible for assessing Connecticut’s Department of Children and Families

Despite continued funding cuts as state lawmakers look to curtail spending, the state Department of Children and Families (DCF) has “made and sustained progress” toward improving the state’s child welfare system, a federal court monitor reported Monday.

In two key areas – case planning and meeting children’s basic needs – court monitor Raymond Mancuso reported his “best findings ever” at DCF in the first quarter of 2016. The improvements, while significant, still did not meet compliance standards ordered by the court monitor, however.

“Commissioner (Joette) Katz and her administration are moving in the right direction to reform the system for thousands of children and, if they can build on this recent progress, toward a successful exit from court oversight,” said Ira Lustbader, litigation director for Children’s Rights, one of the groups representing plaintiffs in the 1989 “Juan F.” class-action lawsuit that led to federal oversight of DCF.

Overall, the agency met 16 of its 22 court-ordered goals to improve child welfare in the first quarter of 2016 after meeting 14 of the goals in the fourth quarter of 2015. Mancuso’s report found 13 of the goals had been met for at least two consecutive quarters.

DCF Commissioner Joette Katz said her agency has responded to funding cuts with “innovative and creative” solutions to keep improving the quality of the services provided.

“While we have made important strides, we will not rest on our laurels,” Katz said. “These changes have not come easily and, given the fiscal forecast in the coming years, we must remain committed to thinking outside the box if we are to continue serving in the best interests of children and families.”

The agency’s progress comes as it has seen a “steady increase” in calls to the Careline, which is DCF’s 24/7 hotline for questions, concerns and reports of possible child abuse or neglect. In public hearing testimony earlier this year, officials attributed this to an increase in the number of mandated reporters – those who are required to report a possible case of abuse if there is reasonable cause or suspicion.

The most recent report looked at 54 cases, and found the agency had reached compliance standards for case planning in two-thirds of them and met children’s basic needs in more than 70 percent of them. While lower than the agency would prefer, these levels were significantly higher than in past reports. The report in the fourth quarter of 2014 found the agency was only compliant in case planning in 41 percent of cases and in meeting children’s basic needs in 53 percent of cases.

Mancuso said the agency’s case assessment work “still needs improvement.” In addition, he said, there needs to be a “continued emphasis on better engagement of families and stakeholders.”