Washington – Connecticut lawmakers are facing a major obstacle in their attempts to boost the number of helicopters, airplane engines and submarines made by the state’s defense contractors: greater than-ever congressional gridlock over the defense budget.

Uncertainty over the Pentagon’s budget has hurt defense contractors’ ability to do long-term planning, which in turn affects growth and employment, the industry says.

“We don’t know what’s going on one quarter to the next and much less one year to the next,” said Dean Stohr, spokesman for the Aerospace Industries Association, a trade organization whose members include Lockheed Martin and its subsidiary, Sikorsky.

Congress has been unable to approve a final defense appropriations bill and isn’t likely to do so. That means the Pentagon is likely to be funded in the next fiscal year, which begins on Oct. 1, through a continuing resolution, or CR, that would fund all defense programs at last year’s spending levels. No new projects would be funded. 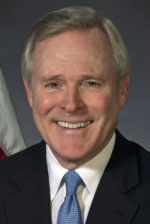 “I’ve been operating under a continuing resolution every year I’ve been here,” Mabus said.

The Navy chief said he expects this year to be no different, with partisan differences amplified on Capitol Hill by the bitter fight for the White House.

Operating under a continuing resolution does not allow the Navy – or any other military service — to begin any “new starts,” meaning it can’t award any new contracts or begin any new programs.

“Continuing resolutions hurt us greatly,” Mabus said. “Under CRs’, unless you can get anomalies, you can only spend the amount of money on a program you spent last year.”

That may not affect Electric Boat’s ability to continue its two-a-year production of Virginia-class submarines, but it prevents the Navy from bringing a submarine or ship into a shipyard for repairs. That is considered a new contract, Mabus said.

There was no money in last year’s budget for the contact, so work on the Columbia class would be stalled until Congress approves a new Defense Department budget, likely under a massive “omnibus” spending bill that would fund all of the federal government.

Other defense programs could also be affected, Courtney said.

“If [the CR] does not align, there are limits to how much is reprogrammable,” Courtney said.

Stohr of the Aerospace Industry Association said the work on the Air Force’s next-generation Long Range Strike Bomber, whose engines will be made by Pratt & Whitney, could be delayed “significantly.”

“It depends on how long the CR lasts,” he said.

Congress is expected to vote on a CR when it reconvenes in September.

Conservative Republicans want the CR to last into next spring, allowing a new Congress and administration to hammer out the omnibus bill that would fund the federal government for the rest of the year.

Democrats want the CR to expire before the end of the year.

“It depends on who blinks next,” said Steve Ellis, vice president of Taxpayers for Common Sense.

“It’s a terrible way to do business,” he said. “You need to have predictability.”

To Stohr, the budget process has disintegrated to a point “that we’re talking about choosing among bad choices.”

To make things more complicated for the defense industry, the National Defense Authorization Act, which authorizes Pentagon spending, has been stalled because the House and Senate have approved very different versions of the bill and negotiators have been slow to reconcile differences.

Although there are differences in the amounts of money authorized by the House and Senate for the NDAA – and in where money to pay for spending that exceeds budget caps would come from – both chambers authorized spending on additional Sikorsky made Black Hawk helicopters and F-35s, whose engines are made by Pratt & Whitney. 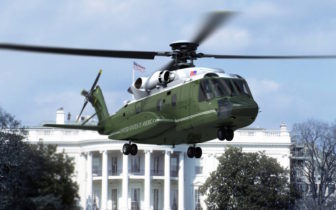 Marine One, the presidential helicopter, is manufactured by Sikorsky, but not to be repaired by the company.

On Monday, Sens. Richard Blumenthal and Chris Murphy and Reps. Rosa DeLauro, D-3rd District, and Jim Himes, D-4th District, wrote Mabus a letter asking him to reconsider the recent decision to move the repairs of the Sikorsky made Marine One helicopters, which transport the president of the United States, from Sikorsky to the Fleet Readiness Center Southeast in Florida.

The decision to strip Sikorsky of the maintenance work, which will result in the layoff of about 85 workers, was made after the Navy could not come to terms with Sikorsky on a new contract. Tthe old one expired in 2015.

“We strongly urge you to suspend any relocation until a thorough review of all direct and indirect costs of any relocation are made,” the lawmakers’ letter said. “No other facility has the standing expertise. Any other facility will require time and money to reach the same standard of maintenance, if they can ever meet this challenge.”

If the Navy rejects the lawmakers’ request, it must move the Marine One repair work to Florida before the end of the fiscal year, Sept. 30, to avoid the limitations of a continuing resolution.