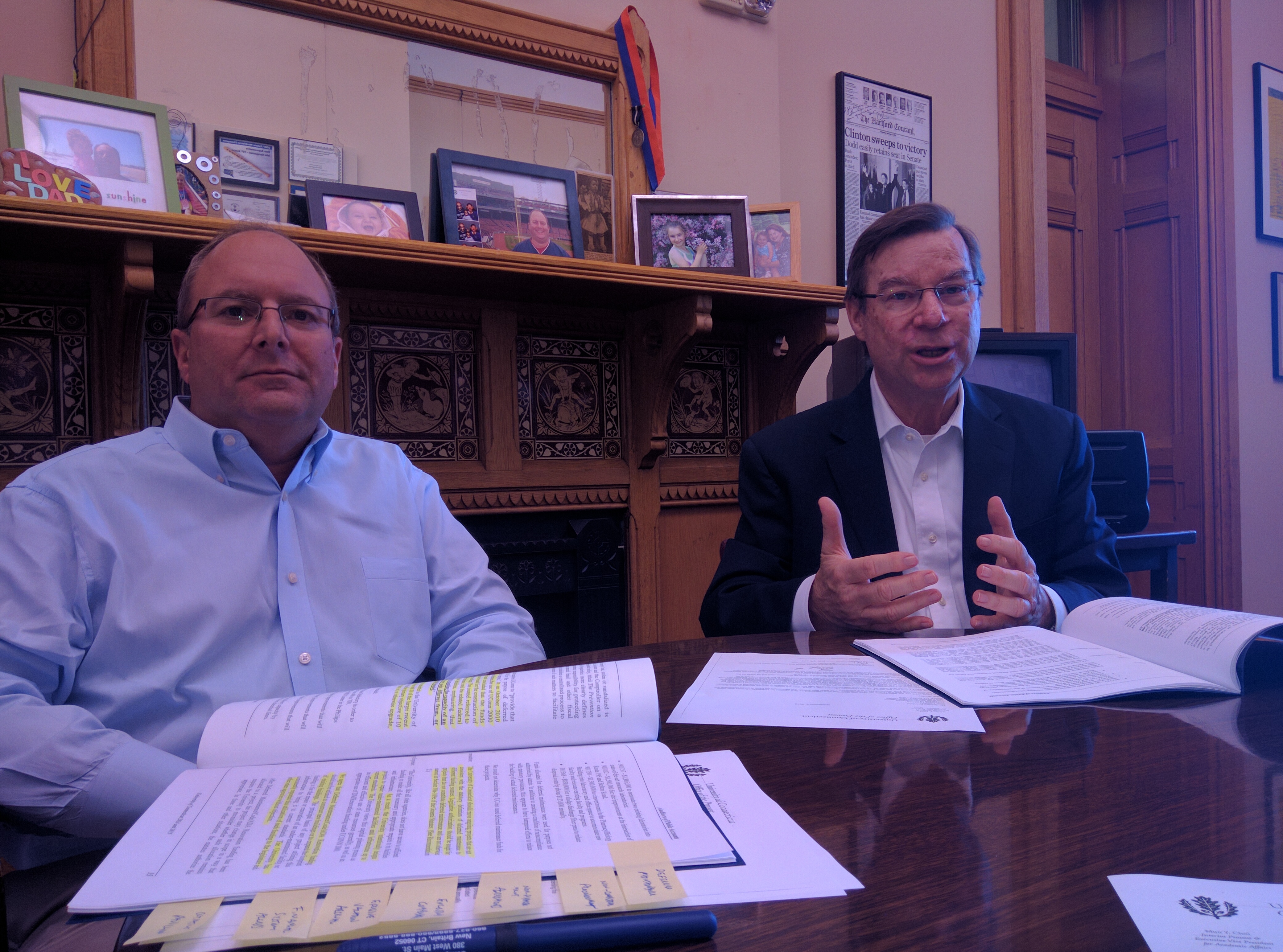 State auditors Tuesday blasted the University of Connecticut for several instances of mismanaging public money, including continuing to pay a departing top administrator his $203,000 annual salary to work part-time and off-site for a year and providing employees hefty separation payments.

“When a managerial employees steps down from a position, the compensation should be reduced to a level appropriate to the new job duties,” State Auditors John Geragosian and Bob Ward wrote in a 43-page audit released Tuesday afternoon. “The empoyee’s compensation during his final year of employment was not justified by the amount of work he was required to perform.”

The UConn employee who was allowed to retain his six-figure salary after stepping down in July 2013 was Brinley Franklin, the vice provost for university libraries.

“Your advisory and consultative duties will primarily be conducted off-site,” UConn Provost Mun Choi wrote Franklin in November 2012. Jobs assigned to Franklin in the letter include completing a cost analysis and helping to find his replacement. He was not on the search committee for his successor.

Materials provided by the university in 2014 to the Connecticut Mirror in response to a Freedom of Information Act request for any separation agreements for the previous five years did not include this kind of arrangement. It’s unclear whether other such arrangements are in place.

During their regular audits, the auditors select a random sample of departures to look into. They also investigate cases brought to their attention.

The state auditors also took aim at separation agreements the university regularly enters into with UConn employees that include a provision barring employees from speaking disparagingly of their former employer.

“This condition could hinder the effective operation of the state’s whistleblower program,” they wrote.

At the recommendation of the auditors, state legislators earlier this year passed legislation that would forbid public colleges to include “non-disparagement” provisions in separation agreements without approval of the Attorney General.

Gov. Dannel P. Malloy vetoed that bill because, as the Democrat wrote in his veto message, it “extends legislative oversight of executive agencies.”

The auditors also criticized UConn officials for issuing at least six separation agreements rather than simply giving notice to employees they wanted to let go for reasons unrelated to job performance.

“Unless the relationship with an employee has deteriorated to the point that the employee’s continued presence on site would be a detriment, offering notice is the fiscally prudent alternative,” the auditors wrote.

The auditors said continuing to pay the six employees who did not work rather than give them notice cost the university $337,455. “UConn lost the opportunity to benefit from the services these employees could have provided,” the auditors wrote.

The auditors also found that a departing manager was paid $90,000 for 120 days of unused vacation time – “twice the maximum allowable amount.” Under UConn policy, payment for accrued vacation time for a departing employee is limited to 60 days unless more is approved by the university Board of Trustees.

The university said the employee had come to UConn from another state agency which allowed more time to be accrued, and the additional payment was “unique” and “unusual.” The university said it would seek trustees’ approval for such a payment in the future.