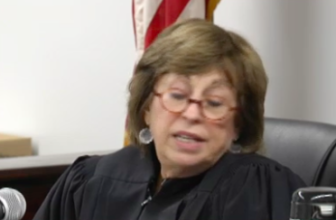 Trial Referee A. Susan Peck tells the feuding parties the court has no jurisdiction.

An internal fight will leave the Independent Party without a candidate for U.S. Senate in Connecticut this fall, denying Republican Dan Carter a cross-endorsement in his uphill fight to unseat the Democratic incumbent, Richard Blumenthal.

In an unrelated case, state Rep. David W. Yaccarino, R-North Haven, has field suit, saying the the secretary of the state’s office has knocked him off the ballot over his failure to sign an endorsement form.

Superior Court Trial Referee A. Susan Peck convinced the warring factions Monday in the Independent Party case that she had no jurisdiction to order changes to the 2016 ballot, but litigation will go forward with an eye toward resolving a rules fight that has produced litigation in two successive elections.

An uneasy truce struck two years ago among the factions has crumbled amid conflicts over, among other things, whether the Independent Party should cross-endorse major-party candidates or be, well, independent.

The Danbury faction cross-endorsed Carter, a state representative who is the Republican nominee, for U.S. Senate, while the Waterbury faction nominated John R. Price of Wallingford, a registered Democrat who says he has little use for either major party.

Both were in Hartford Superior Court on Friday, listening to Peck raise questions about the authority of any judge to settle an intra-party feud. A lawyer for the secretary of the state’s office said the state’s policy is no one gets the Independent line if there is a conflict.

On Monday, the factions dropped their fight over the 2016 ballot to concentrate on litigation clarifying future control the party.

Peck told them any appeal over ballot access in a federal race must be made directly to the Connecticut Supreme Court, and the legislature never granted the courts authority to resolve who is legitimately elected to the General Assembly.

“The legislature has reserved for itself the power to deal with the qualification and seating of its members,” Peck said. “This is essentially a separation of powers issue.”

That suited Carter. He would have liked the boost of appearing on a second line, especially one with a label that appeals to voters disenchanted with the two major parties, but he’d settle for not ceding it to Price.

“I got my second choice,” said Benjamin Proto, a lawyer for Carter.

Assistant Attorney General Maura Murphy-Osborne told Peck that the secretary of the state’s office was neutral on the question of who, if anyone, goes on the Independent line, but it had strong feelings about when a decision needs to be made: Sooner was better than later.

Military and overseas ballots will be sent out Friday.

Merrill did accept cross-endorsements the Milford faction made in legislative races, believing they were offered under the terms of a 2014 deal in which the factions agreed to leave state legislative and other more local races to the geographic factions.

The 253 votes Staneski received on the Independent line two years ago helped her beat Democrat James Maroney. Without them, she would have lost by 102 votes, 4,272 to 4,170.

Win Smith, a lawyer for the three Milford Republicans, told Peck on Friday that under the secretary of the state’s policy no one should appear on the Independent line in the contested Milford races.

Yaccarino will appear before a Superior Court judge on Tuesday in his case, arguing that a clerical error should not force him from the ballot. In similar cases, judges have ruled that clerical errors should not subvert nomination processes that otherwise were proper.

“As someone who has been through many elections, I have great sympathy for how easily small mistakes can be made. However, there is nothing in the law that permits my office to unilaterally provide information when documentation is incomplete,” Secretary of the State Denise Merrill said. Regrettably, we encounter these problems from time to time.

“In this instance, the error was noticed during a routine proof of the ballot, which we cannot begin until certain deadlines have passed and all the candidates and parties have been given an opportunity to participate. The only remedy we can see, at this point, is through court action.”