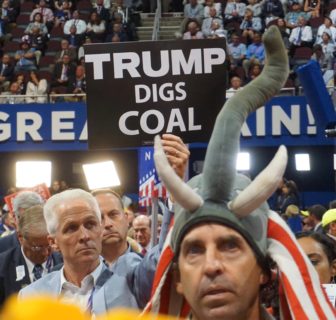 Trump’s call to roll back environment regulations are among the concerns of Bush appointees.

“It is not good government, and it does not serve the public, simply to call for eliminating regulation without regard to the circumstances, as Mr. Trump has done,” the letter says. “As Republicans, we have designed and implemented careful and balanced governmental regulation that has brought us clean water and clean air, protection of the ozone layer, safety in transportation, and more efficient use of energy.”

Frankel, who lived in Westport before moving to Washington, D.C., was the assistant secretary of transportation during Bush’s first term as president. He was one of 13 signatories, who included Christine Todd Whitman, former New Jersey governor who was the administrator of the Environmental Protection Agency.

He said many of the former Bush appointees remain in touch.

“We’re all Republicans,” Frankel said. “In the conversations that led to this, there was a very very strong antipathy to Donald Trump’s candidacy and concern, a kind of universal feeling we needed to say something. I certainly don’t have any great illusions this is going to affect lots of people. It was just important to speak out.”

“As our foreign policy colleagues concluded in their statement, ‘As committed and loyal Republicans, we are unable to support a Party ticket with Mr. Trump at its head.’ We agree,” Frankel and the others wrote. “What is true for our national security is also true for our most difficult domestic challenges.”