We can’t tell you the right way to vote, just the right place 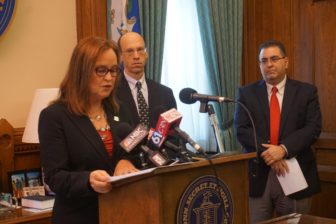 Secretary of the State Denise Merrill, Monte Frank of the Connecticut Bar Association and Michael Brandi of Elections Enforcement.

There is an election Tuesday. No, really, there is.

A record 2.1 million Connecticut residents are registered to vote, so it may be a little crowded at the state’s 760 or so polling places. Here are some suggestions gleaned from a pep talk elections officials gave Wednesday, a mix of practical advice and reassurance about the integrity of U.S. elections.

First, the reassurance, as offered by Secretary of the State Denise Merrill and the heads of the State Elections Enforcement Commission and the Registrars of Voters Association: Unless pretty much everybody is in on it, U.S. elections are not rigged.

“I can’t say it often enough: No tabulator is connected to the internet, not anywhere in the country,” Merrill said. “So I hope by now we have sort of debunked this theory that there is going to be some internet explosion on Election Day that will cause the results of the election to be transformed. It really is a very far-fetched kind of an idea.”

“We have two sets of eyes on every process,” said Melissa Russell, the president of the registrars’ association.

It’s a good idea to check where you are supposed to vote — and if you still are registered. If you haven’t shown up in a few years, you may have been “purged” from the rolls and deemed “inactive,” which are not as bad as it sounds. The good news is you can be “restored” on the spot, which is not nearly as cool as it sounds.

To look up your status as a voter, click here for the voter registration lookup tool on the state’s voting information site, MyVote.CT.gov.

Not sure where to vote? Just click here and enter your address in the polling place lookup tool. 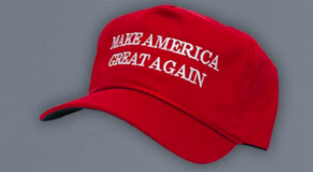 Official campaign garb is off limits inside the polls.

A word about what to wear on the big day. One of the ironies of voting is that it is vital to democracy, but once you are inside the polling place, your right to political expression is limited to marking the ballot. State law bars electioneering within 75 feet of the polling place, and that includes slogans on your clothes.

So, leave the red “Make America Great Again” cap in the car. It’s also probably a good idea to wear a jacket over your T-shirt, if it says “Nasty Women Vote” or “I Am a Deplorable.” The final call on what crosses the line rests with the moderator, the official in charge of the polling place. 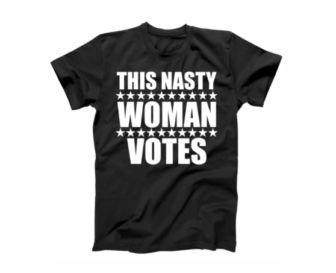 Unofficial garb also may be an issue.

Ballot selfies — taking a selfie of you and your ballot — are legal in Connecticut, so long as you are not disruptive.

Not registered to vote? The deadline has passed to register on the web, but you can register in person with your local registrar up until 5 p.m. on Monday if you are a U.S. citizens and at least 18. Every town also has one designated election-day registration site.

At the polls, you will check in and present identification.

Connecticut law does not require a driver’s license to vote, but if you have one, it might make things go faster. By the way, it’s OK if your license says NOT FOR FEDERAL IDENTIFICATION. That just means you never got an “enhanced driver’s license,” something that may make it possible to travel without a passport some day. Non-citizens have licenses marked “DO,” for driver only.

In lieu of a driver’s license, you may show a credit card with your name and signature, an ID with your name and photograph, or any document with your name and address such as a checkbook or a utility bill. If you don’t have any of that, you still can vote by asking for an ED-681. That is the form entitled, “Signatures of Electors Who Did Not Present ID.”

If you voted by absentee ballot and have changed your mind, you do have a limited opportunity for a do-over: You must show up at the town clerk’s office no later than 10 a.m. on Tuesday and inform them you intend to vote in person.

But if you are voting by absentee, it won’t be counted if it’s not at the clerk’s office by 8 p.m., whether you mailed it or personally turned it in. It’s a myth it just has to be postmarked by 8 p.m.

For more information about how to get an absentee ballot, click here.

The State Elections Enforcement Commission operates an elections hotline, starting at 5:30 a.m. on election day. Call  1-866-733-2463 or send an email to elections@ct.gov.

“If anybody sees any issues at a polling place or otherwise please contact the hotline immediately,” said Michael Brandi, the general counsel and executive director of the commission.

Monte Frank, the president of the Connecticut Bar Association says more than 100 volunteer lawyers will be on call to assist state elections officials.

“Connecticut lawyers will be the eyes and ears of the secretary of the state,” he said.

Correction: The president of the registrars’ association is Melissa Russell. An earlier version of this story gave her first name incorrectly.