Blumenthal coasts to second term on bad night for Dems 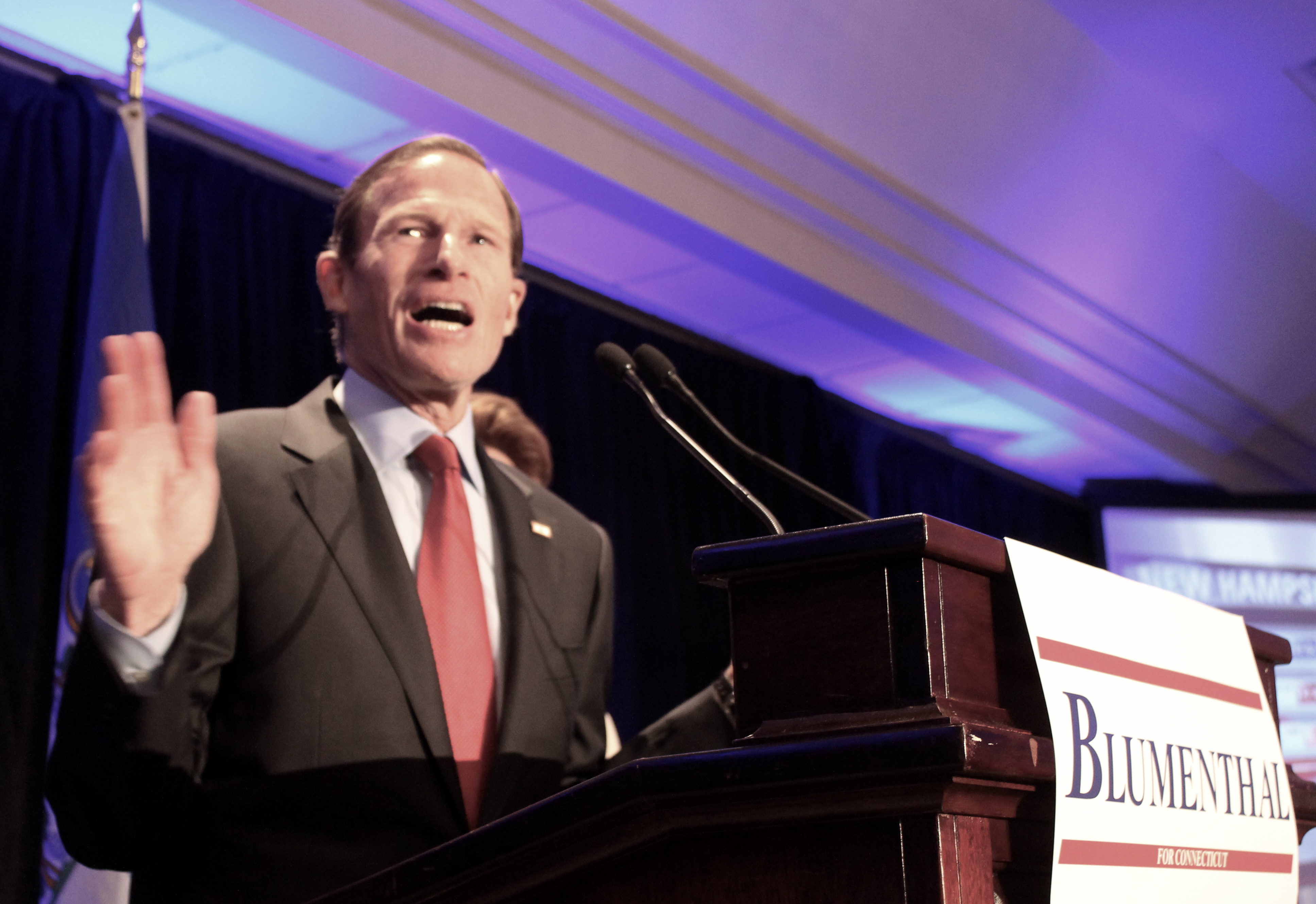 Democratic Sen. Richard Blumenthal handily won re-election Tuesday night as his party fell short in its effort to wrest control of the U.S. Senate from the GOP.

Blumenthal was declared the winner minutes after the polls closed at 8 p.m. in Connecticut. His challenger was Republican state Rep. Dan Carter

“I am fired up and ready to go,” Blumenthal told a crowd of about 100 people at a banquet hall in downtown Hartford.

Among the issues he promised to continue fighting for are women’s rights, consumer protection issues and veterans health care.

“One of the messages of this election is that the American people feel Washington isn’t working and one big reason is that special interests and corporations get their way and ordinary Americans get the short end of the stick,” Blumenthal told the Connecticut Mirror. “My job is to stand up to the special interests.”

Gov. Dannel P. Malloy thanked Blumenthal for his long tenure, reminding people “Dick has done something for everyone in this room… We should be proud of our great leader.”

Nick Balleto, the head of the Connecticut Democratic Party, also hailed the victory, which was expected.

“Richard Blumenthal has spent his career fighting for women, middle-class families, and veterans,” Balleto said. “From the state legislature to the attorney general’s office to the United States Senate, he has never wavered in his commitment to taking on special interests and standing up for the core values of the Democratic Party.”

“Tonight’s decisive victory is a testament to Senator Blumenthal’s lifelong commitment to the people of Connecticut,” Balleto said.

Blumenthal’s campaign to win re-election was much easier than his first bid for the Senate in 2010, when he spent more than $8.7 million fending off GOP challenger Linda McMahon, the co-founder of the World Wrestling Federation. McMahon poured about $50 million of her own money into that election, but Blumenthal won 54 percent of the vote.

This time, Blumenthal spent about $4 million to defeat Carter, who raised only $364,000 in his campaign and was unable to fund television ads or a high-profile campaign.

University of Connecticut political scientist Vincent Moscardelli said Blumenthal’s time in the state legislature and his 20 years as state attorney general helped boost his popularity and name recognition in the state.

“He has been front and center in the minds of Connecticut voters for three decades,” Moscardelli said. “Except for his gaffe about Vietnam, he’s not made any mistakes.”

Carter attacked Blumenthal for that misstatement, and for backing a nuclear deal with Iran, but those criticisms fell short of damaging his opponent.

“Blumenthal is a Democratic incumbent in a state that has been trending Democratic,” Moscardelli said.

Blumenthal and fellow Democratic Sen. Chris Murphy will rise in seniority in the next Congress but will not be in the majority.

Republicans have a 54-46 Senate majority in this Congress, and Democrats needed to gain five seats to take control of the chamber from the GOP. But it looked late Tuesday like Democrats could pick up two, or possibly three seats, but would fall short of the majority. 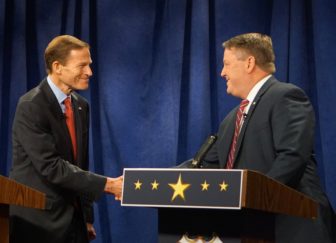 Blumenthal also had hoped a flip of the Senate would bring him a promotion to chairman of the subcommittee with authority over consumer affairs issues on the wide-ranging Senate Commerce, Science and Transportation Committee. He would also move up on the Judiciary Committee.

Murphy, meanwhile, had hoped to win back a subcommittee chairmanship on the Senate Foreign Relations Committee, a position he lost when his party lost the majority.