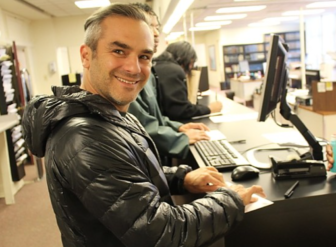 Amid concerns from the state that New Haven is poised to screw up Election Day voter registration again, the Harp administration plans to disptach a crew of staffers to help work computers and trouble-shoot technical glitches.

Harp said she was reacting to this Independent story, which reported that the secretary of the state’s office sent a staffer down to New Haven because of fears that the registrar of voters hadn’t adequately prepared for crowds of people who might seek to register to vote on Tuesday under the relatively new Election Day Registration (EDR) law.

Another reason for concern: New Haven was so ill-prepared for EDR’s 2014 roll-out that 100 people never got to register and vote, and many more waited hours to sign up.

Harp said her administration found another four to five computers to add to those on hand for EDR. She said she has assigned a full-time person from the city’s information technology department to be present at all times Tuesday to handle glitches immediately.

Now, she said, “we’re going to find people” to help staff the room. She is assigning several staffers — including two receptionists and another aide —-  to supplement the team the registrar assembled to sign up people who come in for EDR.

Secretary of the state spokesman Patrick Gallahue said Monday that the office has remained in “continual” contact with New Haven officials to head off a replay of 2014.

One hope is that, unlike 2014, many people who might otherwise have waited until Election Day to register will instead have signed up online, a new option. College towns like New Haven tend to see more Election Day registrants.