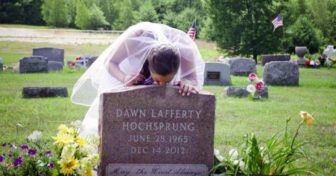 Washington – Donald Trump’s election to the White House has ushered in a political reality that puts gun control advocates on the defensive as the National Rifle Association proclaims “this is our time” to weaken or eliminate gun regulations.

Perhaps nothing illustrates the sea-change better than Trump’s relationship with Alex Jones, the founder of the hard-right news site InfoWars.com, who was widely rebuked for calling the Sandy Hook massacre “completely faked” and “manufactured.”

Trump has appeared on Jones’s show, telling him he would never let Jones down. Jones also said he received a phone call from Trump after the election, thanking him for his efforts and promising to appear on his show again.

That has infuriated Erica Lafferty Smegielski, the daughter of Sandy Hook Principal Dawn Hochsprung, who was killed in the shooting that left 20 first graders and six educators dead.

Last week, Smegielski wrote an open letter to Trump, asking him to repudiate Jones. She said she’s received no response.

“I’m not surprised,” Smegielski told the Connecticut Mirror. “I think Trump has a long history of going along with conspiracy theories… and he’s in the pocket of the NRA.”

The Trump transition team did not respond to requests for comment and has neither confirmed nor denied a post-election call to Jones.

The NRA pumped $38 million into electing Trump, spending that money mostly on ads attacking Hillary Clinton. It also spent another $24 million to ensure the GOP remained in control of the Senate.

Wayne LaPierre, executive vice president of the NRA, has told his group’s members they are the reason for Trump’s victory.

“You did this. Don’t let anybody tell you otherwise,” LaPierre said. “Gun owners made this election happen.”

He called the election a “truly extraordinary, historic and even heroic accomplishment,” and said the NRA now has a mandate to press Congress to approve a national right-to-carry law. That is legislation that would extend the right to carry a concealed firearm in any one state, no matter how minimal the licensing standards, to all 50.

LaPierre also is calling for an end to gun-free zones. The NRA’s new slogan is “Our Time is Now.”

In his book “Crippled America: How to Make our Country Great Again,” Trump said he supports a national right-to-carry law.

“I’m very much in favor of making all concealed-carry permits valid in every state. Every state has its own driving test that residents have to pass before becoming licensed to drive,” Trump wrote. “Those tests are different in many states, but once a state licenses you to drive, every other state recognizes that license as valid. If we can do that for driving – which is a privilege, not a right – then surely we can do that for concealed carry, which is a right, not a privilege. That seems logical to me.”

Smegielski is concerned the NRA’s new push also will result in guns in schools and on college campuses.

“There’s not a question in my mind we will be in a defensive stance,” she said.

Gun control advocates like Smegielski have made dozens of lobbying trips to Congress to press for an expansion of FBI background checks and a ban on gun sales to those on the federal government’s lists of  suspected terrorists.

Those efforts appear dead, at least for now, as the House and Senate remain in GOP hands and Trump and Indiana Gov. Mike Pence replace President Obama and Vice President Biden, two men who have used their “bully pulpit” to press for new gun restrictions.

Smegielski said those lobbying trips to Capitol Hill will continue, even if the mission now is to stop legislation that would weaken gun laws.

“We are going to be on the front lines fighting this stuff,” she said.

Sen. Chris Murphy, D-Conn., who represented Newtown when he was a member of the U.S. House of Representatives, is also defiant. He said he is “not just going to be on the defensive.”

“I’m going to continue on offense,” Murphy said. “I’ll play defense when I have to, but I won’t be in a defensive crouch for two years.”

Democrats hope to turn the tide in midterm elections in 2018, but there’s no guarantee they’ll win control of the House or Senate.

Meanwhile, Murphy said he did not believe Senate Majority Leader Mitch McConnell, R-Ky., will do the NRA’s bidding and put national open-carry legislation or any other bill that would weaken gun regulations on the Senate floor.

“My guess is that Republicans stay pretty quiet on guns,” he said.

Murphy disputes the NRA’s narrative about the election and says the voters sent the opposite message, approving three out of four gun-control ballot initiatives and defeating Sen. Kelly Ayotte, R-N.H.

Ayotte had been targeted by gun control groups for her 2013 vote against background check legislation in the aftermath of the Sandy Hook shootings. Her race against Democratic Gov. Maggie Hassan was considered by some a referendum on gun control

But the election dims the chances of approval for legislation introduced by Murphy and Sen. Richard Blumenthal, D-Conn., that would repeal the Protection of Lawful Commerce in Arms Act, or PLCAA. That law, promoted by the NRA, partially shields gun dealers and gun manufacturers from liability.

The families of 10 Sandy Hook victims are suing the maker of the Bushmaster AR-15 rifle used by the shooter, Adam Lanza, arguing that selling an assault weapon designed for military use to the general public poses a risk the gun will be misused.

Last month, a Connecticut Superior Court threw out the case. Superior Court Judge Barbara Bellis agreed with attorneys for Remington Outdoor Co. that the lawsuit  “falls squarely within the broad immunity” provided to gun manufacturers and dealers by PLCCA.

Last week, however, the Sandy Hook families appealed the decision to the Appellate Court, with the hope it will be heard by the state Supreme Court. They argue the case should be decided under the Connecticut common law relating to negligent entrustment – when one party is negligent because it provided another party with a dangerous instrument – and the Connecticut Unfair Trade Practices Act.