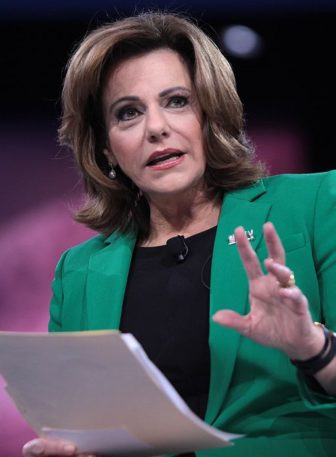 “KT and General Mike Flynn will form a very strong leadership team at the National Security Council,” Lieberman said. “Beyond KT’s professional skills, I can speak to her personal character strengths as well because I have known her as a family friend ever since she had the good judgment to marry Alan McFarland, who was my classmate at college and law school. KT has great personal values. She is a woman of honor, compassion, and patriotism.”

McFarlane is currently a national security analyst for Fox News.

From 1970 to 1976, McFarland served as an aide to Henry Kissinger on the National Security Council. She also served in the Pentagon during the Reagan administration and ran unsuccessfully for the Senate in 2006 in New York.