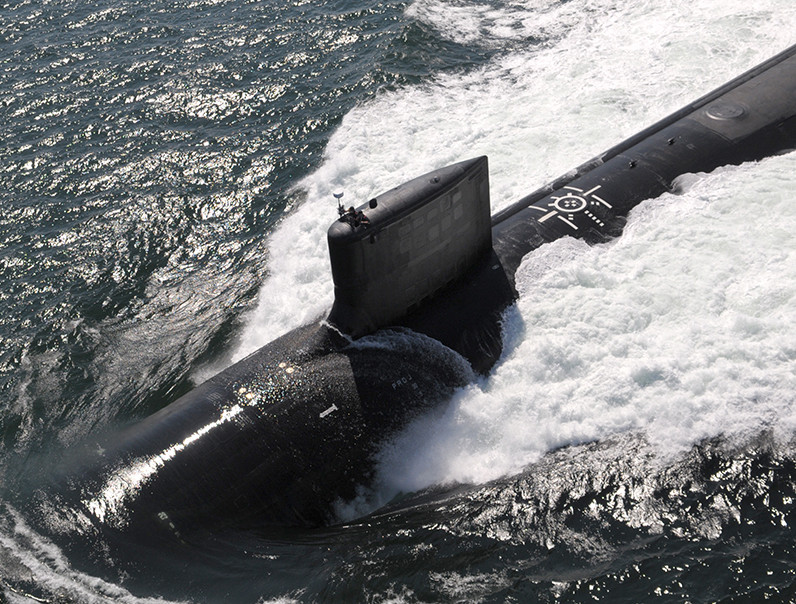 Washington – The Navy on Friday sharply increased its projections of how many Virginia-class attack submarines it needs from 48 to 66 – opening the door to boosting production to three subs a year.

The Navy’s new Force Structure Assessment, or FSA, would boost the total number of ships and subs to 355, even more than the 350 President–elect Donald Trump has proposed.

“It’s the first time the Navy has taken a new look at submarines since 2004, and it’s long overdue,” he said.

Besides boosting the Navy’s capabilities to address emerging threats, Courtney said an increase in the number of submarines would help lessen “stressful deployment” because sailors are out at sea for long periods of time.

“It’s having a real impact on people,” he said.

Congress would have to fund the additional ships and submarines. It is conducting its own fleet architecture study and considering the possibility of boosting the number of attack subs in the fleet to 66 – and increasing the pace of submarine production from two to three a year.

“Supporting our submarine fleet is not only critical to naval preparedness, but to jobs and economic growth in our state,” the senators said. “We are committed to working with the incoming administration to maximize investments in our submarine force within the constraints of our national budget and our overall security needs.”

The FSA said that since the last assessment of the Navy’s force was completed, which set the targeted strength for ships and subs at 308 by 2021, “the global security environment changed significantly, with our potential adversaries developing capabilities that undermine our traditional military strengths and erode our technological advantage.”

The report said to fully meet all expected threats, the Navy would need a fleet of 653 ships, doubling it’s budget, “which is unrealistic,” both now and in the future.

“Therefore this demand signal had to be balanced against likely future resource levels and risk assessments to provide a achievable force to which the Navy could aspire,” the FSA said.

Still, increasing the projected growth of the Navy’s fleet by 47 ships and submarines is going to require a scramble for money and will pit the Navy against the other services that also hope to boost their weapons systems.

“There is the larger question of whether the Navy is going to get a larger piece of the pie,” Courtney said.

There’s already sparring between the Pentagon and the Navy over the Navy’s budget, which would have to be approved by Congress.

The Navy recently submitted a proposed budget for fiscal year 2018 that was billions more than the cap set by Secretary of Defense Ash Carter.

The fleet expansion is aimed at responding to the new threats posed by Russia and China, whose naval capabilities have increased dramatically in recent years.

“Both Russia and China have advanced their military capabilities and capacities to act as global powers and non-state actors and acquired greater access to advanced technologies that power new threats to our armed forces,” Mabus wrote in a recent memo to Carter.

“This national security environment is undeniably more demanding than any we have experienced in the previous two decades, requiring a more capable and ready Marine Corps and a larger Navy Fleet,” the outgoing Navy secretary said.