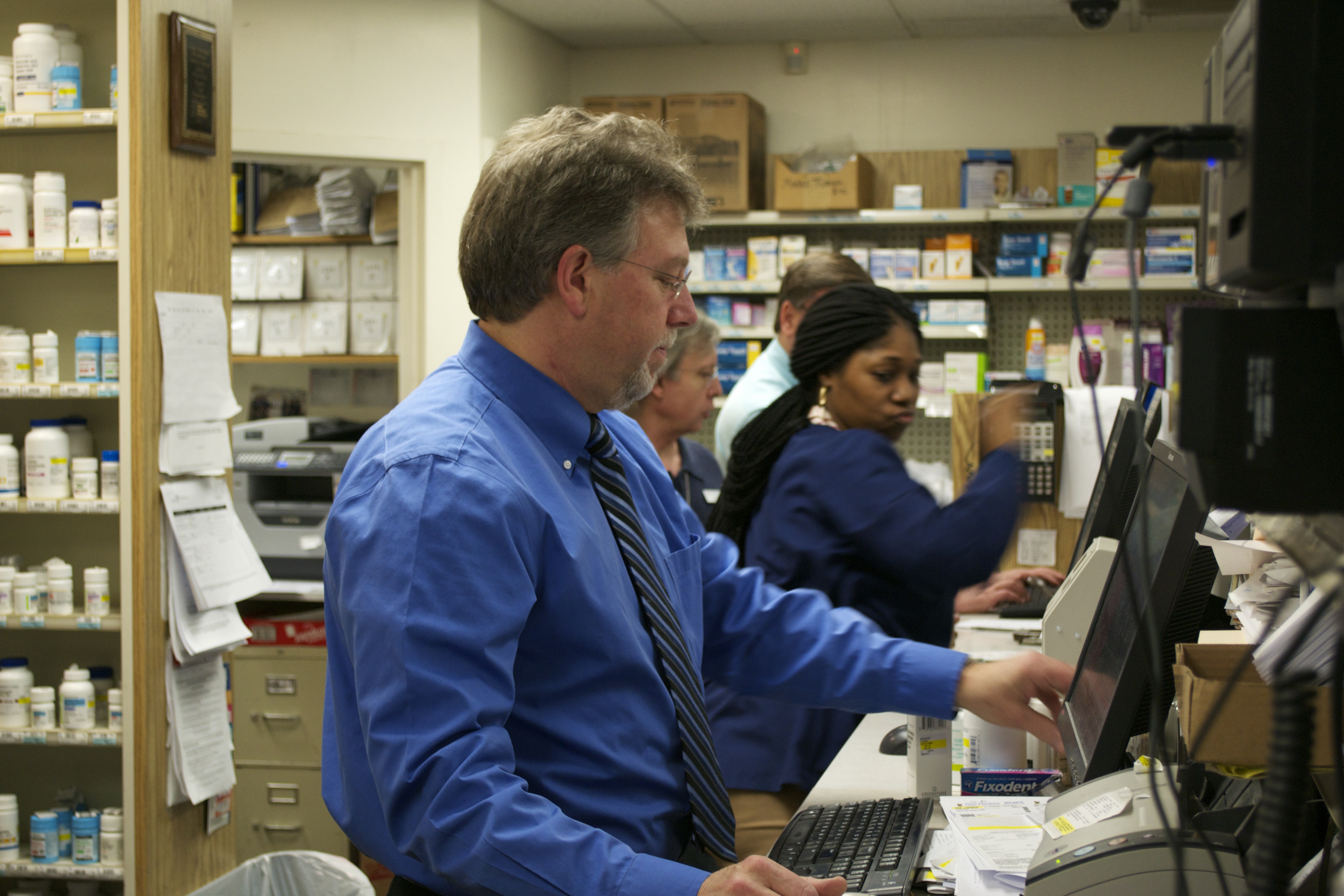 Ed Funaro Jr. at Visels Pharmacy in New Haven, where demand for naloxone has been lower than he expected. Other pharmacists who have also gotten certified to prescribe the overdose-reversal drug have had similar experiences.

A man with a needle in his arm collapsed outside the Waterbury pharmacy Ed Schreiner owns. An ambulance happened to be nearby, and first responders administered naloxone, the drug that can reverse an opioid overdose.

“It was just amazing how effective it was,” Schreiner said.

So when state law changed last year to allow pharmacists to prescribe naloxone, Schreiner was eager for the opportunity. He took the required training and put a sign in the window of his store, Stoll’s Pharmacy, letting people know they could get naloxone there. He made brochures with more details on the drug. He figured there would be demand, particularly since some people come to his pharmacy to buy syringes.

But a year later, the swell of demand he expected hasn’t materialized. Schreiner figures he’s had about a dozen customers for naloxone. His staff frequently has to refill the bin with brochures on it, but few customers have actually asked for the drug.

“We’ve certainly tried to increase awareness in our local community here, but we just don’t seem to be getting a lot of people taking us up on the offer,” Schreiner said. 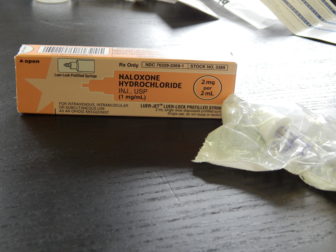 Many pharmacists say they’ve had similar experiences since the 2015 law change that allowed pharmacists to prescribe opioid antagonists like naloxone. The change was intended to make it easier for relatives or friends of those at risk to have an overdose-reversing drug on hand. In 2015 there were 723 deaths from drug overdoses in Connecticut.

“You would think with the amount of overdoses that we keep hearing about, that there would be a lot more activity, but there really hasn’t been,” said Karen Hekeler, a consultant with Northeast Pharmacy Corporation who works with independent pharmacies. She called demand “fairly spotty.”

Close to 1,000 pharmacists have gotten training and certification to prescribe naloxone, and 369 pharmacies have at least one person on staff who can do so, according to the state Department of Consumer Protection. (The department maintains a map of those pharmacies here.) The department does not track how many naloxone prescriptions have been dispensed.

Consumer Protection Commissioner Jonathan Harris said “tremendous progress has been made” for what he termed a relatively new program, and noted that there are other ways to get naloxone, including through a doctor’s prescription. The department is planning to increase awareness efforts in 2017.

“We want it to have a larger footprint. We want people to be more aware of it, to take advantage of the resource,” Harris said.

Rite Aid and CVS pharmacies have pharmacists who can prescribe naloxone, and Walgreens is expected to soon, Harris said. Representatives for CVS and Rite Aid said they could not comment on demand for naloxone at their pharmacies. 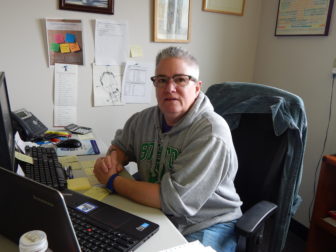 Shawn Lang, who leads an overdose-prevention workgroup and has long pushed for increased access to naloxone.

Nationally, the number of naloxone prescriptions written per year rose from 2.8 million to 3.2 million between 2009 and 2015 – a 14 percent increase, according to estimates presented at a U.S. Food & Drug Administration meeting last year. That bump seemed surprisingly low, given that during the same time period, there was a major increase in efforts to expand access to the drug, said Ravi Gupta, a Yale medical student who co-authored a recent article on naloxone prices in the New England Journal of Medicine.

Gupta and his co-authors wrote that the “relatively slow adoption of naloxone” could be the result of a number of factors, including stigmatization, lack of familiarity among clinicians and opioid users, and rising price. (Noting recent price hikes for some versions of the drug, they wrote that “when governments promote naloxone use, they have a responsibility to ensure the drug’s affordability.”)

Several pharmacists and others involved in promoting naloxone in Connecticut said price did not appear to be a significant barrier for customers here, noting that the state’s Medicaid program covers naloxone with no out-of-pocket cost to members and insurance plans typically cover it. They pointed to a range of other factors, including a lack of awareness that pharmacists can prescribe naloxone, hesitance to acknowledge that a loved one is using drugs, or failure of people who take opioids as prescribed to realize they could be at risk of overdosing.

People concerned about a friend or relative’s risk of overdosing can buy naloxone, but Hekeler said some might be hesitant to have it show up on their insurance, worried their insurer or employer could think they have a problem.

“I’ve heard that a few times,” she said.

‘Oh yeah, I was rescued by this’

Jacqueline Murphy’s experience could offer a clue about why some people want naloxone and others don’t.

Murphy manages Hancock Pharmacy at Long Wharf in New Haven, and, when she started prescribing naloxone last year, she provided it three or four times per week. Now it’s closer to one or two.

“A lot of people have gotten it already. They don’t need more, fortunately,” she said.

About half of Murphy’s patients come from the APT Foundation, which provides drug and alcohol treatment and has an office in the same building as her pharmacy. Many of them see the benefit of having naloxone.

But naloxone is a harder sell for patients who take opioids for chronic pain.

“They don’t think anything’s going to happen,” Murphy said. If she knows they have kids at home, she strongly urges them to get it.

“Most of them may think about it over a month and come back the next month and say, ‘Yeah I should have one,’” she said.

At Marion Bradley’s pharmacy, Beacon Falls Pharmacy, the demand has been slower, despite signs about naloxone in the window, at the front door and the drive-up window.

But the signs did inspire one chronic pain patient to ask for a prescription – and that indirectly led to reversing an overdose.

When the woman asked for a prescription, Bradley arranged to show her how to use naloxone on a Saturday afternoon, after the pharmacy closed, to ensure privacy. And Bradley urged the woman to bring someone else. “If you were the one needing it, you can’t give it to yourself,” Bradley told the woman.

The woman brought a friend. And during the consultation, the friend confided in Bradley that her two children were using drugs. She asked for a naloxone kit, which Bradley provided.

Like Schreiner, Bradley had a vivid reason for getting trained to prescribe the drug. Her pharmacy is across the street from a firehouse, and she was amazed at how frequently they had administered naloxone. If someone had it at home, she figured, they could administer it before first responders arrive.

Bradley isn’t sure why the demand isn’t higher, but suspects it could be concerns about privacy, even though she already knows which patients take pain medication because she fills their prescriptions. She added that to ensure confidentiality, she always arranges to provide training on naloxone when the pharmacy is closed, so there’s no risk of being overheard.

Ed Funaro Jr. got training to prescribe naloxone in part because he has customers at his New Haven drugstore, Visels Pharmacy, who buy syringes. He’s dispensed perhaps 20 naloxone kits – fewer than he expected.

He has signs up about naloxone, but doesn’t “hound” customers about it.

“You can make sure a patient or caregiver’s aware the product’s here, but it’s really still somewhat in their hands whether or not they want to take the initiative to have that product,” he said.

One young man came in after helping to revive someone with naloxone, and wanted his own kit.

Another customer came to get it because her mother uses opioids for pain and there were concerns about relatives getting into her mother’s pills.

When he talks to people about naloxone, Funaro likens it to an EpiPen for people with allergies. “You’d like to make sure that kit’s readily available,” he said. “Hopefully you’re never going to need it, but it really can be a lifesaver if somebody actually does have it on board.”

At Schreiner’s pharmacy in Waterbury, register clerks who see a customer taking a brochure on naloxone will ask if the person would like to discuss it with a pharmacist.

Some people even thank him for making naloxone available.

“We’ve had a number of people say that, but on the same hand, if they’re buying an insulin syringe, why aren’t they taking advantage of this product?” he said. “Especially if we tell them, ‘If you have insurance, it’s probably going to be covered.’”