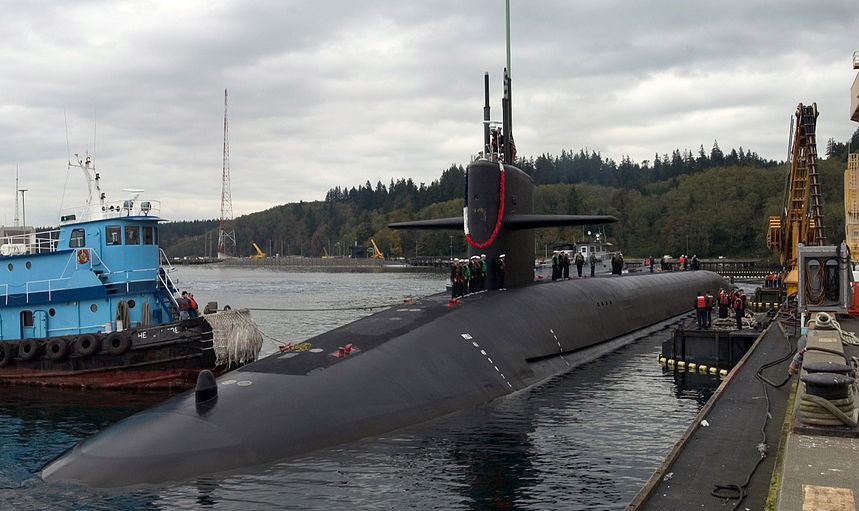 Washington – The new Columbia-class submarine program received a boost late Wednesday as the Navy officially approved the move into detailed design and engineering work on what will be the priciest sub the Navy has ever had.

That means Electric Boat will be able to sign a design contract and it – and the company’s subcontractors in Connecticut – will begin to benefit from the release of $773 million that Congress has appropriated for the program this year.

“This is significant because it kicks off a new phase of work,” said Rep. Joe Courtney, D-2nd District. “It’s a big deal.”

In a joint statement, Sens. Richard Blumenthal and Chris Murphy, who helped procure funding for the submarine program, said “this step puts the program on a clear path forward.”

“Electric Boat produces hands down the best submarines in the world,” the senators said. “It is great news for Connecticut and our national defense that work is proceeding for the detailed design of our nation’s next generation of Connecticut-made ballistic missile submarines.”

The Navy originally planned to have a “Milestone B” decision by late last summer. But Pentagon acquisition officials wanted to first spend a day at General Dynamics Electric Boat in Connecticut and Rhode Island, taking a close look at the facilities. The officials toured those facilities in early October, but talks about pricing continued.

“This had been on-again, off-again through the summer,” Courtney said.

The Columbia-class nuclear ballistic-missile submarine would replace the aging Ohio-class subs. The Navy plans for Electric Boat and Newport News shipyards to produce 12 of the new subs.

The  Navy says the Columbia-class program is its top priority and wants to procure the first boat in 2021.

The Navy estimated the cost of the lead boat at $14.5 billion, including $5.7 billion in detailed design and nonrecurring engineering costs and $8.8 billion in construction costs for the sub itself.

According to the Congressional Research Service, the cost for the rest of the subs is $5.2 billion each, but the Navy is working with Electric Boat and Newport News to reduce that cost to $4.9 billion.

Still, there is concern about the impact the Columbia-class program will have on the Navy’s ability to procure other types of ships.

“Without additional resources, which have not been identified, the Navy will have to make substantial reductions in other parts of the Navy budget,” wrote Frank Kendall, the Navy’s undersecretary for acquisitions.

To try to fix the problem, Courtney pushed for creation of a “National Sea-based Deterrence Fund” (NSDF) that would allow the Pentagon to pay for the construction of Columbia-class subs outside of the Navy’s shipbuilding budget, allowing the service to continue to fund other major acquisitions.

Congress has failed to appropriate any money for the fund. But the Navy has moved the $773 million appropriated for the Columbia-class program in the Navy’s shipbuilding budget into the fund, Courtney said.

“This is the first true acceleration of the NSDF,” Courtney said.

On Wednesday, the Congressional Budget Office said the larger 350-ship Navy endorsed by President-elect Trump – which would include the 12 Columbia-class submarines and increase the number of Virginia-class subs – would cost $25 billion a year, or about 60 percent above historical annual funding for Navy shipbuilding.