Lockheed Martin CEO tells Trump deal is near on F-35s 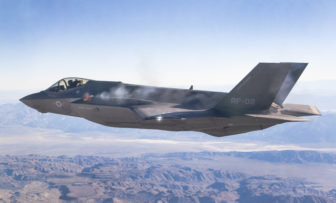 An F-35A over California

Washington – Donald Trump on Friday had a second meeting with Lockheed Martin CEO Marillyn Hewson, who told the president-elect her company is nearing a deal with the Pentagon on the price of the next batch of F-35s.

“I certainly share his views that we need to get the best capability to our men and women in uniform, and we need to get it at the lowest possible price,” Hewson told reporters at Trump Towers. “I’m glad I had the opportunity to tell him that we are close to a deal that will bring the cost down significantly from the previous lot of aircraft to the next lot of aircraft.”

Hewson said she also gave Trump “ some ideas on some things we think we can do to drive down the cost on the F-35 program.”

The F-35 is powered by an engine made by United Technology’s Pratt & Whitney.

Hewson said the ability to break an impasse with the Pentagon on the next lot of F-35s will result in an additional 1,800 jobs in Fort Worth, Texas, where the plane is built, and boost employment at its subcontractors and suppliers. 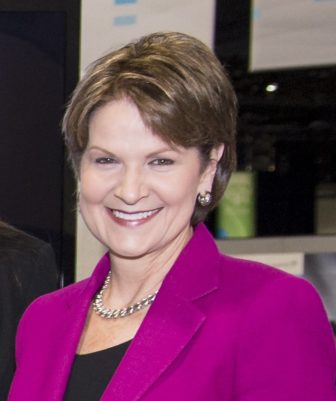 “When you think about it, with a supply chain across 45 states in the U.S., [that] means thousands and thousands of jobs,” she said.

Trump has been a frequent critic of the mounting costs and frequent delays in the F-35 program, saying at a press conference Wednesday, “It’s way behind schedule and billions of dollars over budget. I  don’t like that.”

Hewson first met with Trump last week at his residence in Florida.

Lt. Gen. Christopher Bogdan, the head of the Pentagon’s Joint Strike Fighter office, said last month he expected prices to come down even further in the next lot, lot 10, which will number about 90 F-35s.