Washington – Thousands of marchers from Connecticut joined a massive protest the day after President Donald Trump took the oath of office, saying they have to protect the environment, health care, women’s rights and a wide range of issues they say are under attack in the new administration.

“It’s important to show that women aren’t going back in time,” said Jessica Cross of Stafford.

A Navy veteran who wore an American flag like a cape to show that the marchers were “true patriots,” Cross was unable to participate in protests in the past. She called the Women’s March “amazing,” especially for its “positive energy.” 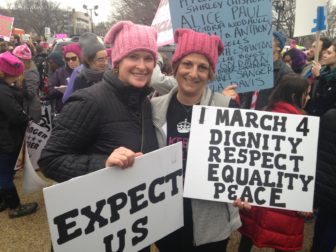 As Trump  attended a prayer service at the Washington National Cathedral on his first full day as president, a sea of pink-hatted protesters from across the country descended on the nation’s capital, arriving in buses, caravans and packing public transportation to gather near the National Mall.

Most carried homemade signs bearing a plethora of messages and mocking Trump’s propensity to tweet, his relationship to Russia and his provocative utterances.

“Make America Read Again,” said one sign. Others said, “You Haven’t Seen Nasty,’ “Respect,” “Putin’s Puppet,” and “We Are The Majority.” Dozens more referenced a certain part of a woman’s anatomy that Trump was recorded as saying his celebrity allowed him to “grab.”

Sara Pierce of West Hartford booked a flight to Washington, D.C., for herself, her mother and the two daughters the weekend after Trump was elected in November. Her friend Katheleen Costello came to the march, too.

“We feel  like some of our rights are being threatened,” Costello said.

Crowding a massive stage near the Capitol, marchers listened for hours to prominent women’s rights activists, including Gloria Steinem and Angela Davis, and celebrities and performers including Madonna, Melissa Etheridge and Scarlett Johansson, who spoke in defense of Planned Parenthood. 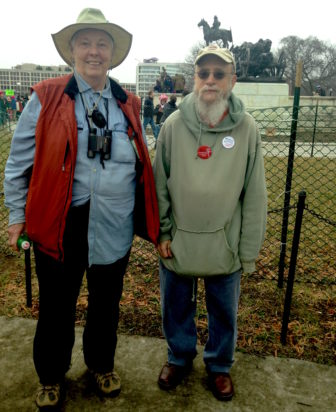 The march started with people responding to a Facebook event page created by retired Hawaiian attorney Teresa Shook on election night and drew an estimated 500,000 people, more than twice the number predicted by city officials.

Organizers of Connecticut’s marchers predicted 4,500 state residents would travel to Washington but the number may have been higher. “Sister marches” were held in dozens of Americans cities, including Hartford and Stamford, and overseas on Saturday.

Reasons for attending the national march were as diverse as the marchers.

For Ellen Siuta and Paula O’Brien, members of Farmington’s board of education, Trump’s choice of Betsy DeVos, a proponent of vouchers and charter schools, was a top concern.

For Marta Ylane of Westport, who emigrated from Ukraine as a child after World War II, Trump’s relationship with Russia is troubling.

“Unfortunately our country was too late getting information from the FBI about Trump’s relationship with Russia,” Ylane said. 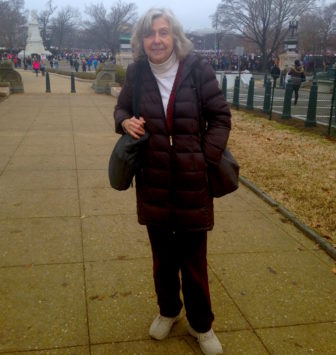 Marta Ylane of Westport in Washington

Mickey Kavenaugh  of New Haven and her husband, Henry Berliner, were motivated by a deep dislike of Trump and anger that he wanted to dismantle the Affordable Care Act.

“It’s my only chance to do something,” Berliner said.

The Connecticut delegation to the U.S. House of Representatives snagged the cavernous House Transportation and Infrastructure Committee hearing room to host a reception where Connecticut marchers could rest and refuel with sandwiches and snacks.

“It’s really amazing the number of people who are standing up for what they believe in,” DeLauro said. ”The people will not be silent.They will not walk away. They are watching what happens.”

Sen. Richard Blumenthal, D-Conn., who also marched with his family, said the protest was “amazing,” but “not just for the crush of people, but for the strength of spirit” of the marchers.

Blumenthal said that, “in contrast,” Friday’s inauguration was “kind of dark and vapid.” 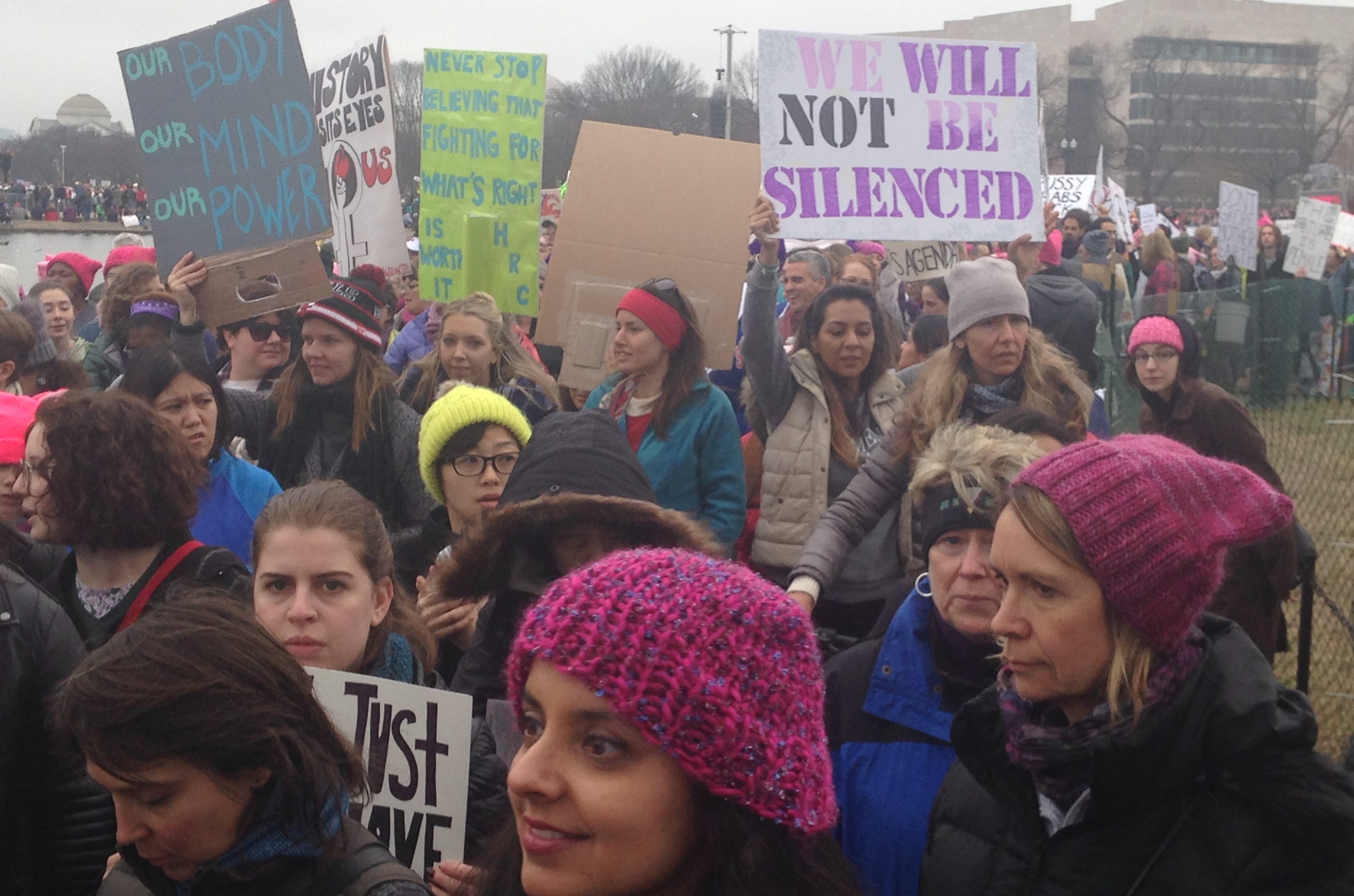