Norwegian discount airline to fly from Bradley to Edinburgh 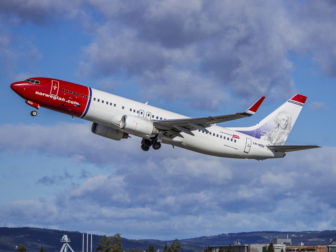 Gov. Dannel P. Malloy is holding a press conference at Bradley at 1:45 p.m.

Norwegian will introduce the service from the three airports with $65 one-way fares this summer. The airline says it will establish bases for its pilots and cabin crew to support two Boeing 737-MAX aircraft at T.F. Green and Stewart, but not Bradley.

The direct service from Bradley is to Edinburgh. The airline will also offer flights to Ireland from the other two airports. Aer Lingus began daily fights to Dublin from Bradley last year, when it also expanded service from Newark.