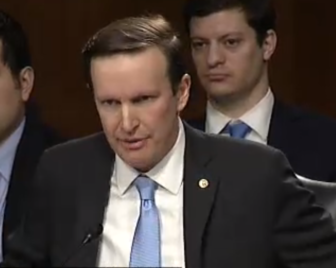 Washington – Sen. Chris Murphy said in a fundraising appeal Wednesday that said he has had a “staggering number of individual contributions” since the beginning of the year. He called it evidence a “fledgling progressive resistance movement” against the Trump administration and the GOP-led Congress “is only getting larger.”

Murphy, who is up for re-election next year and as yet has no challenger, said his campaign has received more than 55,000 individual contributions since the beginning of the year, with the average gift being less than $40.

“What I want to do is report a staggering number of individual contributions,” Murphy said, “the kind of number that will send an unmistakable message to the NRA and Trump White House about the depth of support for our campaign.”

Based on the contributions Murphy disclosed in his fund-raising email, the freshman senator has raised more than $2 million from individual contributors since January. But the true extent of his fundraising and details of money raised and spent in his re-election campaign won’t be known until after he files a first quarter report with the Federal Election Commission in mid-April.

Still, Murphy says his fundraising proves “there is something happening out there the likes of which I haven’t seen since entering public service.”

“I know some of you are getting involved because you’re scared or angry about what’s coming out of Washington, D.C.,” he said. “But when we file our report, I want everyone paying attention to see our numbers as proof that this fledgling progressive resistance movement is only getting larger, and that we are ready for a fight.”