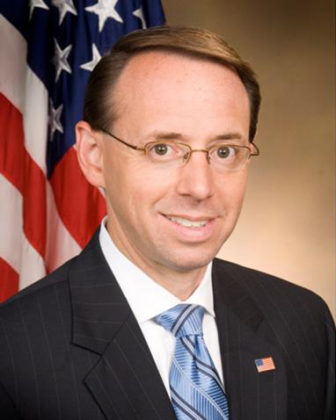 Washington – Sen. Richard Blumenthal on Tuesday was in a small minority of senators to vote against the confirmation of Rod Rosenstein to the No. 2 job at the Justice Department.

Rosenstein was confirmed on a 94-6 vote, with Sen. Chris Murphy supporting the nominee for deputy attorney general.

But Blumenthal said Rosenstein’s failure to commit to appointing a special prosecutor to  investigate ties between the Trump administration and Russia forced him to vote against the nomination.

“Only today there were revelations from the House Oversight Committee at a bipartisan press conference indicating that General Flynn, formerly national security advisor, may have broken criminal laws by his concealing payments from Russia,” Blumenthal said on the Senate floor before the vote.

Blumenthal said Flynn’s “potential criminal liability” and other allegations involving those with ties to President Donald Trump “can be done reliably and partially and credibly only by a special prosecutor.”

“Mr. Rosenstein has said that he wants to be approved by the Senate before he decides whether to appoint a special prosecutor. But that delay will mean that a man who was hired and can be fired by President Trump will decide whether the Trump Administration will face a thorough and complete investigation,” Blumenthal said. “This body has a duty to insist on it before his confirmation.”

The decision on whether to appoint a special prosecutor is up to the deputy attorney general because Attorney General Jeff Sessions’ has recused himself from involvement in the Russian investigation.