Thirty-three students were given coveted seats in Hartford regional magnet schools for this school year without winning them in the state-run blind lottery, the state education department said Wednesday as it braced for a highly critical state audit. The total is four-tenths of a percentage point of all new students in the network of about 40 magnet schools. 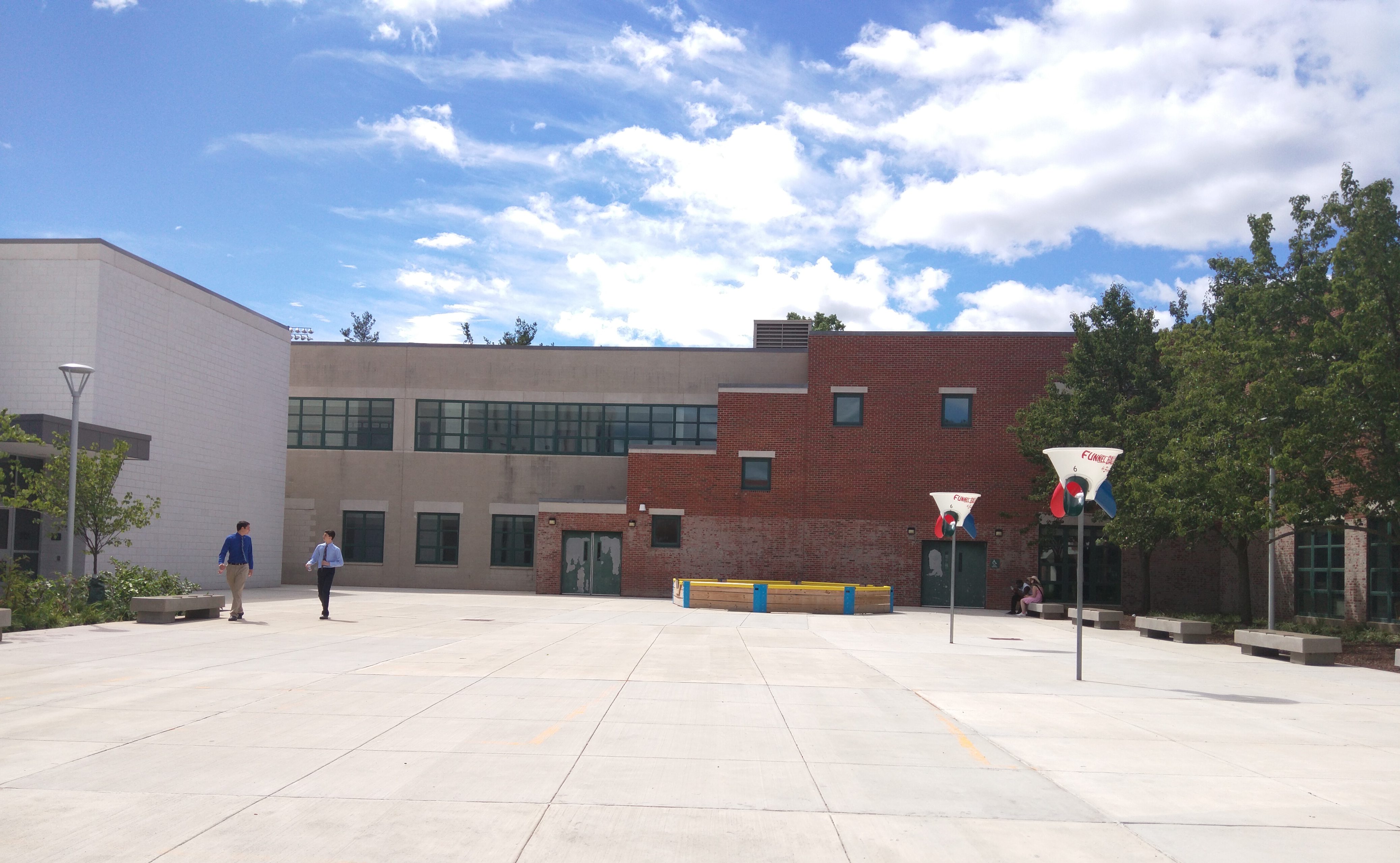 Two students walk through the courtyard of two of the magnet schools at the Hartford Learning Corridor.

State auditors are expected to disclose Thursday that one magnet school, Capital Preparatory Magnet School, enrolled students at high rates outside the state-run lottery from 2013-15. The Hartford Courant said in a story Wednesday it had found evidence of students enrolling there outside the lottery as early as 2010.

The state is set to run the school choice lottery for the next school year next week, and parents begin finding out if they won a seat shortly after.

“I think parents should have confidence in the lottery,” State Education Commissioner Dianna Wentzell said during an interview. “It’s about math, not about connections.”

The state education department months ago decided to review enrollment at Capital Prep for the 2015-16 year and at all magnet schools for 2016-17 when auditors shared their concerns. It found that for the 2015-16 school year, 15 students were admitted to Capital Prep outside the lottery, and the state withheld $196,000 in payments for those students.

Uniquely among the region’s magnet schools, Capital Prep’s operational plan allowed its principal to enroll students outside the lottery. Calls to Enid Rey, the executive director of the Office of School Choice for the Hartford Public Schools, were not returned.

Of the 33 students who won a seat outside the blind lottery this year, the state education department found that none were at Capital Prep. They declined to release school-by-school numbers, claiming student privacy.

“I can understand why this is concerning for parents who have put their children in the lottery,” said Wentzell, of Capital Prep.

A small number of students who did not win seats in the lottery might have been admitted to a magnet school for reasons that include being in foster care or returning with their family from a military deployment.

How the state let Capital Prep enrollment escape oversight will be outlined in detail in the state auditors report Thursday. However, the school’s failure for years to meet state diversity standards by having at least one-quarter of its students be white or asian have puzzled observers. The school-choice lottery is designed to produce integrated schools.

The lottery was set up in the aftermath of a landmark 1996 Connecticut Supreme Court ruling in the Sheff v.O’Neill case that ordered the state to desegregate Hartford schools. Slightly more than 20,000 children sought a seat in a regional magnet school for the current school year, and 7,672 children were offered enrollment – a 38 percent offer rate. The chances are a bit better for Hartford youths. Forty-six percent of them landed a seat compared with 34 percent of the 14,100 suburban students who entered the lottery.

It's not just about the cars. It's about the stories. And they're all on display on Wednesday nights in Windsor.