The state’s health insurers are asking for sizeable rate increases for individual and small-business policies sold in 2018, led by Anthem, which is seeking an average 33.8 percent increase on plans covering individuals and their families.

The insurers blamed the size of their rate hikes in large part on the unsteady future of the Affordable Care Act, which congressional Republicans are attempting to repeal.

ConnectiCare has asked the Connecticut Insurance Department for an average rate hike of 15.2 percent on policies it sells through Access Health CT, where it now covers about 51,000 people.

ConnectiCare also is asking for an average 26.3 percent rate increase on health plans it sells outside Access Health that cover more than 37,000 individuals.

Actual rates would vary depending on the level of coverage. Anthem, for example, asked for individual rate hikes averaging 33.8 percent, but its premium increases range from 19 to 52.1 percent, depending on the policy.

Many of those who buy individual policies through Access Health have their premiums subsidized by the federal government and wouldn’t see the cost of coverage increase if the new rates are approved. But those who purchase policies outside of Access Health would have to pay the full cost of any premium increase.

Insurers also asked for rate increases, ranging from 3.6 percent to 31.6 percent, on the policies they offer small businesses to cover their workers.

ConnectiCare said it’s seeking to increase rates, in large part, because even though the Internal Revenue Service has continued since President Donald Trump’s election to enforce the mandate that everyone have insurance coverage, “the mandate is weakened somewhat due to a perception that it is not in effect or not being fully enforced.”

Anthem said the cost of  providing health care coverage through the individual ACA market “has continued to outpace premium increases.” It also cited fees and taxes associated with the ACA as the reason it is seeking a sharp hike in the cost of its policies.

The Connecticut Insurance Department said companies have until May 15 to make adjustments and that public hearings will be held on the insurers’ proposals.

“In the 2018 rates we are seeing claims experience that reflects increased medical and prescription drug costs along with higher utilization as well as uncertainty in the marketplace,” said Insurance Commissioner Katharine Wade. “I will continue to work across the administration and with our congressional delegation to advocate for market stability for 2018 and beyond to protect Connecticut consumers.”

When Access Health started up in 2013, it sold policies from four insurers. Now only Anthem and ConnectiCare sell policies on the exchange. Access Health CEO James Wadleigh has said he’s concerned those two may leave, too.

The insurers submitted their rates assuming an ACA program called cost-sharing, which provides federal subsidies to help low-income people with co-payments and deductibles, would continue. But Trump has only committed to making those payments through May.

Anthem and other insurers have said they would quit the exchanges if those payments were discontinued.

Meanwhile, House Republicans last week approved a bill that would repeal and replace the ACA. When Congress returns next week, the Senate plans to begin on its own repeal-and-replace plan. 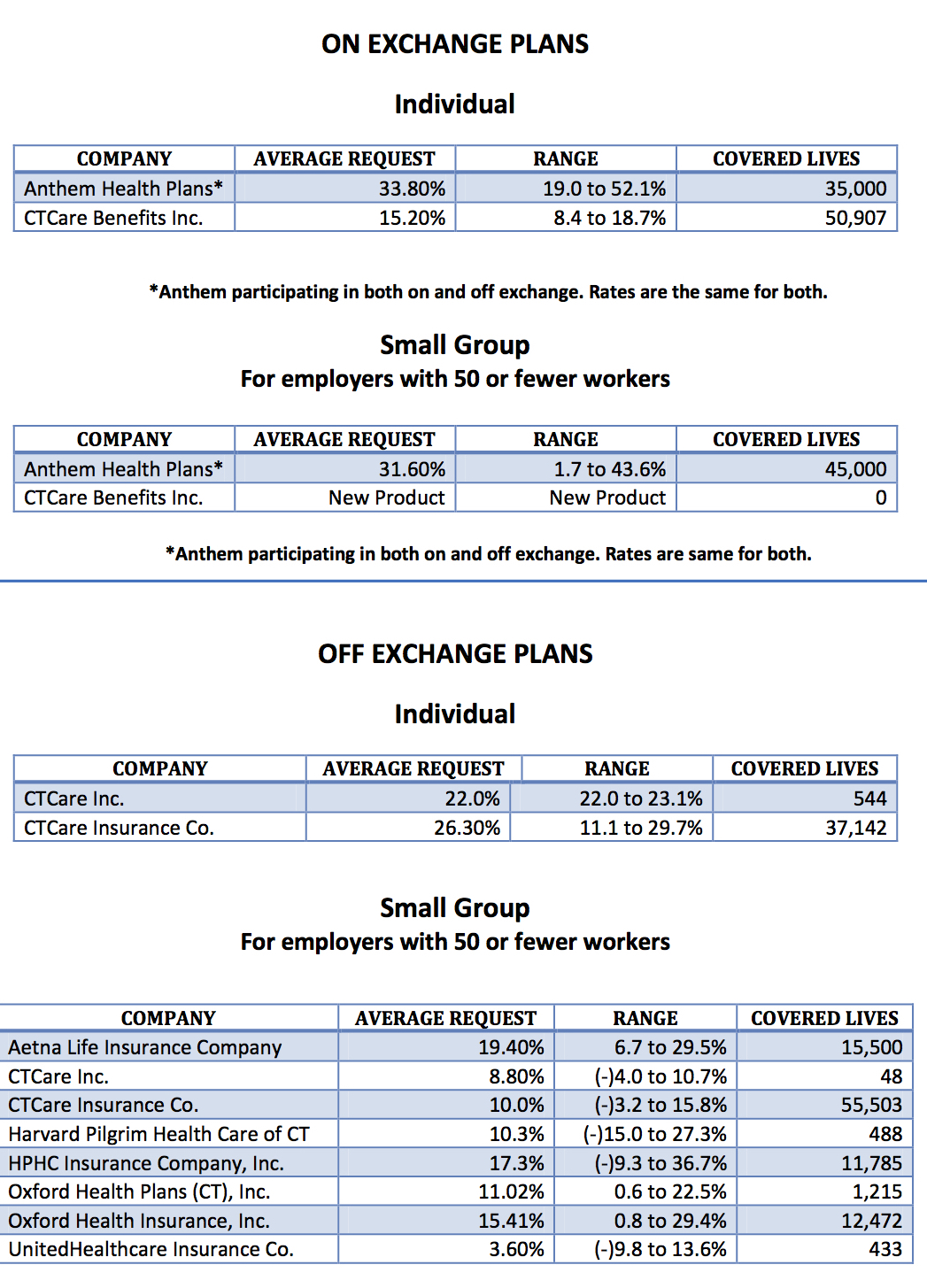