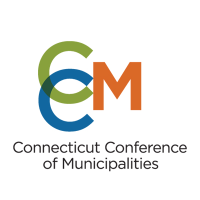 As state budget negotiations intensify, the organization that represents Connecticut’s cities and towns is doubling down on a sweeping financial plan unveiled earlier this year.

The Connecticut Conference of Municipalities sent a letter to every state legislator Monday that reiterated the group’s call for new municipal cost containment, service-sharing and collective bargaining measures as well as a new state sales tax, the revenues from which would be distributed to towns.

“With the 2017 regular session winding down and budget negotiations going into full swing, we wanted to take a moment to restate the core proposals adopted by the CCM membership as they apply to the state’s budgeting process,” the letter stated.

“As you know, decisions enacted by the General Assembly in the days ahead will have a long-term impact on the future of Connecticut and the stability and viability of the 164 member towns and cities that our organization currently represents,” it said.

The group said its recommendations, first released in January, must be given “serious consideration as key components of any final budget package.”