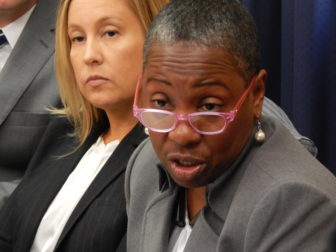 The House of Representatives voted 120-30 Tuesday to pass a bill that would enact specific protections for pregnant women who are in the workplace or seeking employment. It heads to the Senate next.

Still, there was some pushback. A number of Republicans in opposition pressed the bill’s author, Rep. Liz Linehan, D-Cheshire, for more than an hour before allowing a vote.

“I’m proud that we did have some bipartisan support,” Linehan said, though she added she was “saddened” it did not receive more Republican votes. Forty-two of the 72 Republican House members voted for it.

The bill’s intent, Porter said, is to ensure pregnant women are able to maintain employment.

“For some women, it’s not a problem,” Porter said. “This bill is really addressing the exceptions when it comes to pregnancy, and making sure that women aren’t discriminated against even coming in the door as prospective employees.”

The bill would set more specific definitions and standards for workplace discrimination against pregnant women, building on the federal Pregnancy Discrimination Act of 1978.

Most significantly, the bill’s backers say, it lists several specific accommodations for pregnant women in the workplace, though it is not an inclusive list. Under current federal law, there are no specific examples of what a “reasonable accommodation” is. Some of the accommodations in the bill include:

Employers that say they cannot make those accommodations are allowed to claim it as an “undue hardship,” which would then be evaluated by the Connecticut Commission on Human Rights and Opportunities. The commission also would be responsible for investigating claims of workplace discrimination.

“We’re codifying what is currently hopefully in practice,” Linehan said. “It always benefits both the employer and the employee when we can define what it is we’re looking at.” 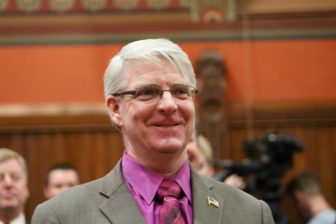 A handful of Republican legislators voiced opposition to the bill on the floor. Their most significant concern was about the bill’s impact on small businesses.

They pointed to a provision that would define a business as three or more employees, which is lower than the 15-employee definition in current federal law. For a business of that size, they said, accommodating pregnant women to the extent defined could prove challenging.

“What I am telling you, in no uncertain terms, is this will drive small businesses under,” said Tom O’Dea, R-New Canaan. “This legislation will make it harder for small businesses to make money and survive.”

“I think we’re trying to mandate compassion,” said Tim Ackert, R-Coventry. “I’m sorry to see legislation like this before us, because I believe that the companies in Connecticut are compassionate, and we don’t need to have a mandate on them.”

Other Republicans expressed some reservations, but decided to vote in favor.

“I will be supporting this bill, but I do have some real concerns about how in fact it is going to be carried out,” said Rep. Holly Cheeseman, R-East Lyme. “I do think that we put a lot of burdens on our employers.”