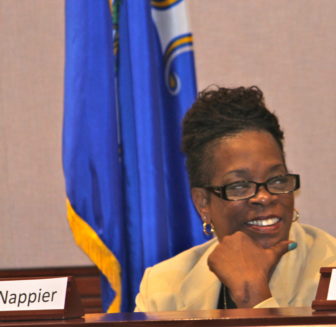 These results also easily surpassed the investment-return benchmarks set for each fund: 8 percent for the teachers’ pension and 6.9 percent for the state employees’ fund.

Nappier said the returns were achieved despite market instability created by a wide range of factors, including the United Kingdom’s exit from the European Union, the U.S. presidential election, global monetary policy shifts and rising interest rates.

Connecticut has a history of saving poorly for its public-sector pensions, a problem that dates back to 1939.

The state has enough assets to cover 35 percent of the long-term obligations in its pension fund for state employees. And earlier this year it struck a deal to shift $14 billion to $21 billion in pension contributions until after 2032.

Analysts typically cite a funded ratio of 80 percent as healthy.