White House aide from CT owes back taxes to IRS 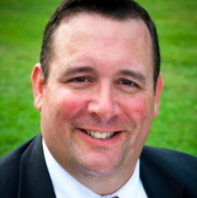 The financial disclosure form of White House aide Justin Clark of West Hartford drew unwelcome attention this week from the Center for Public Integrity: He is one of three members of the Trump administration who listed a debt to the IRS.

Clark, who serves as a liaison to state and local governments as the director of intergovernmental affairs, reported owing between $15,001 and $50,000 in federal taxes incurred in 2012. The form said nothing about a repayment plan, raising the possibility of an IRS scofflaw in the White House.

But in a brief telephone interview Friday, Clark told CT Mirror he is on an IRS repayment plan. He declined further comment about the circumstances of his federal tax debt from five years ago.

In 2012, Clark was a partner in the small law firm of Davis & Clark and the general counsel of the Connecticut Republican Party. He graduated from the University of Connecticut School of Law in 2004 and Wesleyan University in 1997.  His disclosure form lists substantial student loans.

He managed Republican Tom Foley’s campaign for governor in 2010 and was an adviser to Foley’s second campaign in 2014. Clark was the director of operations for the presidential campaign of Chris Christie in 2015, then moved to the Trump campaign after Christie dropped out and endorsed Trump.

Clark finished the Trump campaign as its deputy national political director, served on the Trump transition and began work at the White House on the day of the inaugural.