Travelers, other insurers, accused of discriminating against low-income tenants

Washington –  Travelers Insurance Co. is being sued over allegations it has refused to insure properties that house federally subsidized low-income tenants  — and other insurers in Connecticut may have done the same.

Citing incidences in the poorest neighborhoods of Washington D.C., Travelers is being sued by the nonprofit National Fair Housing Alliance (NFHA,) a national group that fights housing discrimination. 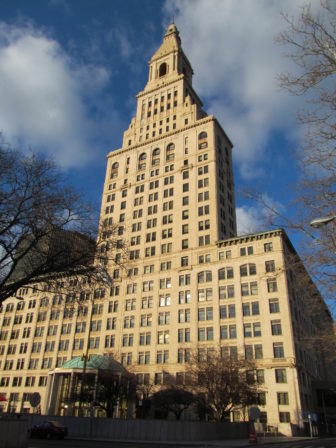 Two other insurers have been sued for similar practices in Hartford, Willimantic and Stamford. But the lawsuit in Washington D.C. is likely to have the most impact.

Like Connecticut, Washington D.C.’s housing laws are stricter than federal law, prohibiting discrimination against a tenant’s sources of income, such as federal Housing Choice Vouchers that subsidize rent payments for the poor.

The NFHA lawsuit against Travelers alleges that the insurer declined to write policies for landlords who had voucher tenants — a policy affecting black people and women the most. The lawsuit alleges violations of the Fair Housing Act and the District of Columbia Human Rights Act.

Travelers, which has about 7,000 employees in its Hartford location, tried to have the suit dismissed, arguing that the NFHA has no standing. But U.S. District Judge John Bates rejected that argument this week and said the case should move ahead.

Shanna Smith, president and CEO of the National Fair Housing Alliance, said five “testers” posing as prospective purchasers of a four-unit apartment complex in the Anacostia neighborhood of Washington D.C. spoke with a number of insurance brokers between July 2015 and February 2016.

Seeking coverage for the fictitious apartment building, the testers were told repeatedly that Travelers did not provide coverage for landlords whose tenants had housing vouchers.

“Travelers has a policy that they don’t insure these buildings,” Smith said. “But there is no evidence that voucher recipients are higher risks than any other tenants.”

In court filings, Travelers said it had ceased that policy by January of 2015. But Smith said the testers continued to be told by insurance brokers that it was in place after that date.

“Even after they settled the case in San Jose, Travelers continued the policy,” Smith said.

Travelers spokesman Mark Bordonaro said “while we generally do not comment on pending litigation, we note that Travelers provides fair access to all of its insurance products.”

“The level or source of income of a building’s tenants does not factor into our underwriting decisions for commercial building owners,” Bordonaro said.

One, in state court, concerned a landlord who owned an apartment building on Westland Street in Hartford who sought to get coverage through Mount Vernon Fire Insurance Co. through a broker. He was told that Mount Vernon would not insure his building if 20 percent or more of its tenants had housing vouchers.

Mount Vernon settled the suit by agreeing to end that practice, provide its workers with fair housing training and pay the Connecticut Fair Housing Center $82,000 for legal costs and damages.

After a  judge ruled the insurer’s conduct “has a discriminatory impact on housing opportunities,” American Empire settled the case for $425,000 and a promise to no longer consider a tenant’s lawful source of income in its underwriting practices.