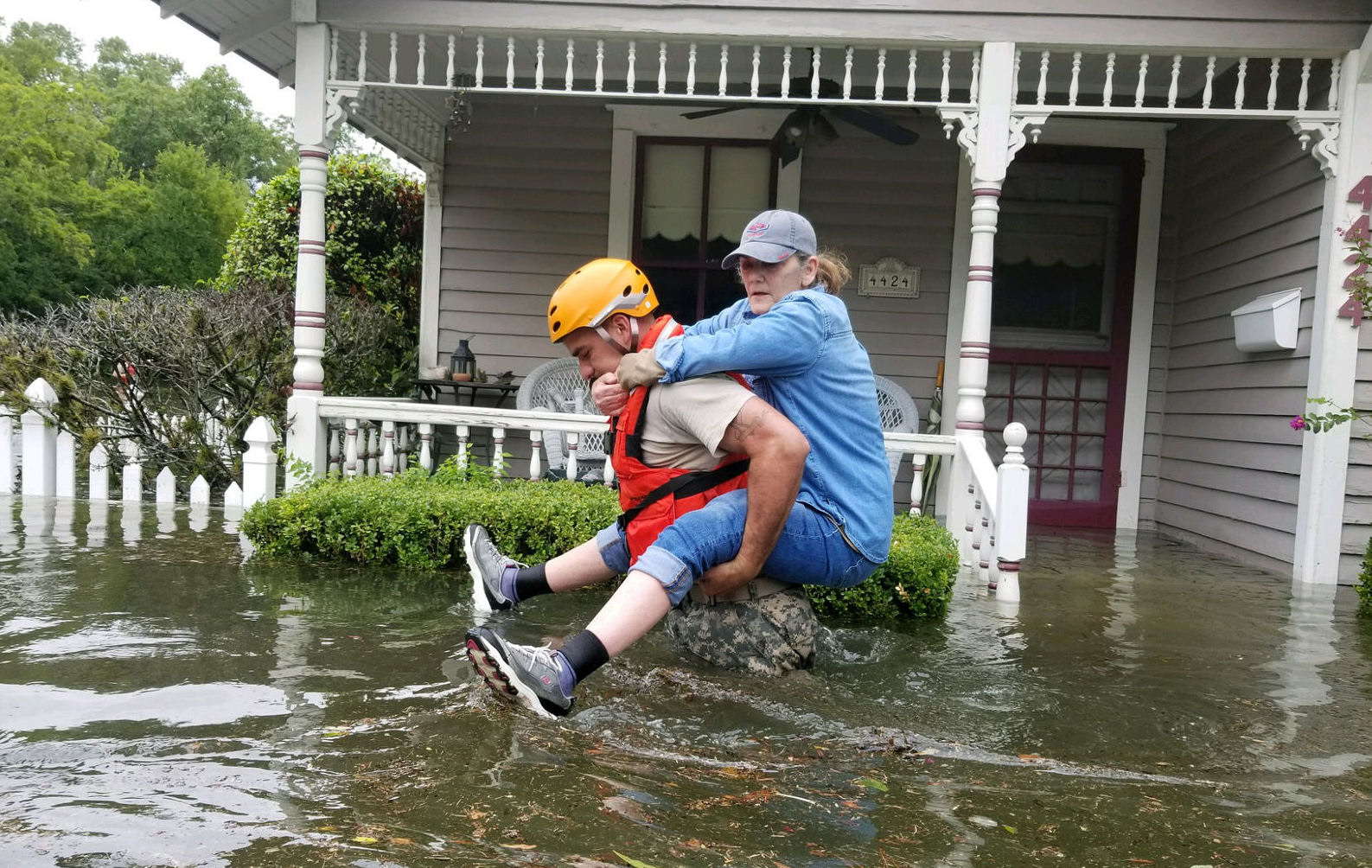 Washington – The need for a robust federal response to Hurricane Harvey has reopened old wounds about the contentious and drawn-out fight five years ago over a relief bill for Superstorm Sandy victims.

Connecticut’s senators, who joined their colleagues from New York and New Jersey in fighting for the aid, say they are ready to bury the hatchet and help Texas Republicans who opposed Sandy funding.

“As soon as Congress gets back to D.C. next week, we are going to have to appropriate emergency funding to help the people of Texas clean up and rebuild,” Sen. Chris Murphy said.

But there are still resentments.

“In the past, unfortunately, relief aid has gotten political,” Murphy said. “It’s worth noting that the Texas delegation mostly voted against aid to help us in Connecticut after Superstorm Sandy. But we’re not going to do that. We’re going to try to get this relief package done to get assistance out to them as soon as possible.”

Congress approved a $60.4 billion package to provide relief to Connecticut and other states hit by Superstorm Sandy, but not without struggle.

First, the GOP-controlled Congress cut the aid requested by former President Obama and the governors of Connecticut, New York and New Jersey, who had asked for a total of $83 billion to make their states whole again.

Then several Republican senators, including Texans Ted Cruz and John Cornyn, tried to block the bill. Cruz had an especially high profile in the fight, citing “unnecessary pork” provisions in the Sandy bill as the reasons for his opposition. Cruz also called the Sandy relief bill a “Christmas tree” with gifts for various lawmakers’ “pet projects.

The Sandy bill was finally approved by the Senate. Then it ran into trouble in the House, which could not act on it right away because of the strong opposition of key GOP lawmakers, including Reps. Ted Poe, who represents a Houston-based district, and fellow Texan Jeb Hensarling.

More than two months after the storm hit the Northeast, Congress ended its session in late December without approving a Sandy relief bill. It was eventually approved in early 2013 in the next Congress.

Over the weekend, Rep. Peter King, R-N.Y., one of the lawmakers who struggled to push the Sandy relief bill through Congress five years ago, criticized Cruz and other Texas lawmakers for opposing the aid.

“We had to fight tooth and nail over Sandy relief, but my hope is that there will be no controversy over Harvey,” he said.

Blumenthal said the Sandy bill “was severely delayed, so it was debilitating and depressing to the victims of the storm that ravaged the coastline.”

He also said “there’s a lot of irony that Texans are now seeking this kind of relief,” but he would back a bill pushed by the Texas congressional delegation to help those hurt by Harvey, considered the most expensive storm in U.S. history.

“They fought us when we sought relief in the wake of Sandy,” Blumenthal said. “But we should all recognize that we all have a stake in this humanitarian crisis.”

Lawmakers from New York and New Jersey say they will support a Harvey aid package too.