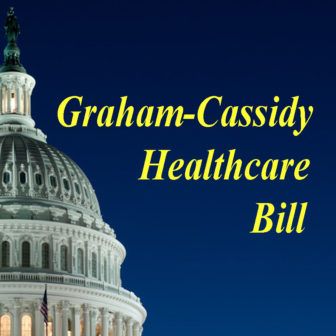 Federal healthcare funding to Connecticut would be reduced by about $7 billion, and “dramatic numbers” of individuals would lose coverage or have it reduced between 2020 and 2026 under the latest Republican proposal to repeal and replace the Affordable Care Act, the state’s budget office said Friday.

But that legislation suffered a potentially fatal blow Friday when Republican Sen. John McCain of Arizona announced his opposition.

“I cannot in good conscience vote for the Graham-Cassidy proposal,” McCain wrote in a statement. “I believe we could do better working together, Republicans and Democrats, and have not yet really tried.”

Connecticut’s Office of Policy and Management released an analysis Friday saying the lost funding was largely the result of big cuts in federal Medicaid reimbursements to the state and the elimination of premium subsidies for people who buy health insurance policies on the state’s ACA exchange, Access Health CT.

“The Graham-Cassidy bill is the most detrimental of the repeal and replace proposals due to the immediate elimination of ACA protections and new, more dramatic redistributive provisions, threatening affordable health insurance for tens of thousands of Connecticut residents,” OPM wrote.

Over the last week, other analyses of the proposal have concluded that Connecticut would be hit particularly hard by the funding cuts.

Republicans have been pushing hard to get the 50 votes needed to pass the bill because the budget rules they are using to pass such legislation with a simple majority will not apply after Sept. 30, the end of the current federal fiscal year. After that, 60 votes will be needed in a Senate in which there are 52 Republicans.

The bill, proposed by Sens. Lindsey Graham of South Carolina and Bill Cassidy of Louisiana, along with Sens. Dean Heller of Nevada and Ron Johnson of Wisconsin,would eliminate the ACA’s individual insurance marketplace subsidies and the increased federal Medicaid funds states like Connecticut received under the ACA to expand that health care program for the poor.

Medicaid would change from an entitlement program — where anyone who qualifies receives coverage and the states receive federal reimbursement for a share of the cost — into a program in which states receive a capped amount of funding for each enrollee.

The anticipated funding reduction by 2026 caused by the cap is equivalent to the cost of providing Medicaid to 80,000 to 170,000 Connecticut residents, according to OPM.

The present individual insurance subsidies and Medicaid expansion funding would be replaced by block grants to the states, which would lead to substantial redistribution of federal money among states, generally penalizing those that expanded Medicaid and those that have had substantial enrollment on the individual ACA insurance marketplaces, such as Access Health CT.

Proponents describe the proposal as a way to give states the flexibility to use federal money to structure their own health care systems.

The Henry J. Kaiser Family Foundation, a nonpartisan foundation that focuses on health policy, estimated redistribution of ACA funds under the complex new block grant formula would lead to a $180 billion cut through 2026 for 31 states that expanded Medicaid, including Connecticut, and a $73 billion gain for 19 states that didn’t expand.

Kaiser’s analysis concluded Connecticut would lose $5.8 billion in federal funding between 2020, when the law goes into effect, and 2026, when it expires — less than the OPM estimate. Even so, Kaiser said Connecticut would see a 31 percent overall reduction, one of five states with cuts of more than 30 percent.

In Connecticut, the Medicaid expansion covers more than 200,000 low-income adults without minor children through the state’s HUSKY D program.

The federal government pays 95 percent of the cost of their coverage. These adults were ineligible for Medicaid before the Affordable Care Act, according to the Connecticut Health Foundation.

Separately, about 72,000 Connecticut residents who purchase their own insurance through Access Health CT receive federal tax credits that discount the cost of their premiums.

According to the OPM analysis, on average, an individual in Connecticut could expect to pay at least $3,300 or more in premiums each year without the federal tax credits and $1,000 more in out-of-pocket costs per year beginning in 2020.

Overall the proposal would decrease federal Medicaid funding for states by $160 billion from 2020 to 2026. States would lose $240 billion in 2027 if the law weren’t reauthorized, according to the Kaiser analysis.

The Congressional Budget Office hasn’t weighed in on the bill yet, but has announced that it expects to provide a preliminary assessment of it next week. However, that report won’t include estimates of the effects on the federal deficit, the number of persons insured or the impact on premiums, which the CBO said would take several weeks to produce.

The proposal has garnered support from many Republicans, including President Donald Trump and Vice President Mike Pence.

Connecticut state and federal officials, along with insurers and the 50 Medicaid directors, have raised concerns over the proposal.

“Plain and simple— this is the most staggering version of Trumpcare we have seen yet,” said Connecticut Gov. Dannel P. Malloy, a Democrat. “This bill has the potential to result in a devastating cost shift of nearly $7 billion to Connecticut and could eliminate access to health care for tens of thousands of our residents, needlessly putting their lives at risk.”

“The bill eviscerates Medicaid and essentially ends the program as we know it,” Malloy said. “Particularly for some of our most vulnerable populations – including those with pre-existing conditions – premiums and costs will increase, making coverage unaffordable. Perhaps most egregious, this bill fails to address in any form rising health care costs and instead shifts those burdens directly onto consumers and states.” 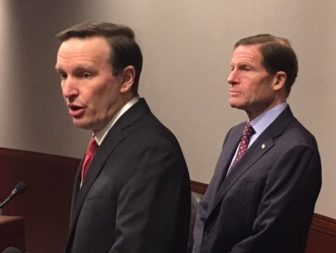 Democratic U.S. Sen. Richard Blumenthal, at a press conference in Hartford this week, called the Republican proposal “crueler and worse” than previous proposals to repeal the ACA.

“It throws millions off of health insurance,” Blumenthal said. “It destroys Medicaid as we know it; it reimposes potentially pre-existing conditions; it eliminates the consumer protections for opioid addiction and abuse treatment, for maternity care and for other kinds of services that are really essential.”

“Connecticut will fare far worse than other states because we have been far more generous that other states,” Blumenthal said.

U.S. Sen. Chris Murphy, a Democrat, said the plan “would be an absolute humanitarian disaster for Connecticut.”

“Everybody has to stand up to raise the alarm bell and do everything they can to stop the worst version of Trumpcare yet from passing,” said Murphy.

The National Association of Medicaid Directors weighed in on the proposal this week in a written statement, saying it did not give states enough time to plan their own healthcare systems before the bill takes effect in 2020.

Marilyn B. Tavenner, president and CEO of America’s Health Insurance Plans, said in a letter to Senate leaders that the proposal “would have real consequences on consumers and patients by further destabilizing the individual market; cutting Medicaid; pulling back on protections for pre-existing conditions; not ending taxes on health insurance premiums and benefits; and potentially allowing government-controlled, single-payer health care to grow.”