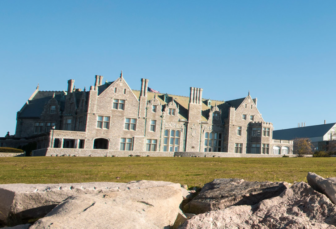 Senate Republican Leader Len Fasano ramped up his criticism of University of Connecticut President Susan Herbst Monday – saying she should resign if cuts in the Republican budget would lead her to close the Avery Point campus.

His remarks came minutes after Herbst and Gov. Dannel P. Malloy held a press conference at the Groton campus to say it could be closed if the Republican cuts were adopted.

“If UConn’s first decision when faced with these reductions is to target students and facilities like Avery Point, President Herbst should resign. That clearly is not the way to manage the nearly $1 billion provided in the state budget, not even including bonding, which passed the legislature with bipartisan support,” said Fasano in a press release.

The release included criticism of a list of Herbst’s spending priorities.