Stone tells congressional panel he was not involved in Russian hacking 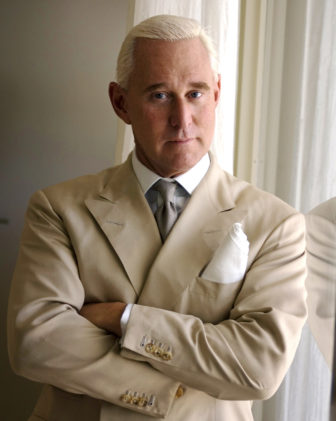 Washington – Roger Stone, a longtime confidant of President Donald Trump, told the House Intelligence Committee Tuesday that he had no contact with Russian operatives during the 2016 presidential election.

In a written opening statement, Norwalk native Stone said he viewed the panel’s investigation “as a political proceeding because a number of members of this committee have made irresponsible, indisputably, and provably false statements in order to create the impression of collusion with the Russian state without any evidence that would hold up in a U.S. court of law or the court of public opinion.”

Assange has denied those communications.

In his opening statement, Stone said he did not predict emails belonging to Hillary Clinton’s campaign chairman John Podesta would be released by WikiLeaks — despite tweeting just days before that Podesta’s “time in the barrel” would soon be coming.

“I posted this at a time that my boyhood friend and colleague, Paul Manafort, had just resigned from the Trump campaign over allegations regarding his business activities in Ukraine,” Stone said in his statement. “I thought it manifestly unfair that John Podesta not be held to the same standard.”

Lawmakers were expected to question Stone behind closed doors about his relationship with Assange and with a hacker known as Guccifer 2.0, who is suspected of being involved with Russian hacking.

Stone is a keen political strategist known for his use of opposition research, usually for Republican candidates.

He rose to national prominence in 1980 when he founded the high-powered Washington, D.C.-based lobbying firm Black, Manafort, Stone with his longtime friend from Connecticut, Manafort, and Texan Charles Black.

“I recognize that because of my long reputation and experience as a partisan warrior, I am a suitable scapegoat for those who would seek to persuade the public that there were wicked, international transgressions in the 2016 presidential election,” Stone said.

Special Counsel Robert Mueller, who is conducting his own Russian hacking investigation, has focused on New Britain native Manafort, putting him on notice that he will be indicted, according to a number of reports.