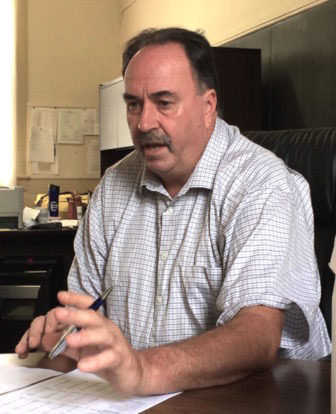 The tiny eastern Connecticut community of Scotland and its 1,700 residents made headlines this summer when they opted to flirt with insolvency — and even explore dissolution.

First Selectman Daniel Syme, 62, a retired University of Connecticut firefighter in his sixth year as the town’s chief administrator, told The Mirror this week his community will not declare bankruptcy and is determined not to borrow.

But with one of the 10 largest tax rates at 38.68 mills, an overwhelmingly residential tax base that isn’t growing, volatile education costs and the prospect of declining state aid, Scotland stands on the cusp of a transition.

How has Scotland’s fiscal position evolved?

We have a saw mill — Scotland Hardwoods — and that is our one and only big business. We have a lot of private businesses, a lot of home occupations.

Out of seven large farms that operated until early 2000, there is only one farm that is still in operation. We used to have more cows than people.

The state owns 1,941 acres in this town, beautiful forested trails.

That are exempt from local taxation?

And 81 percent of our budget is for education. And that [expense] is hard to predict.

Grants like Town Aid Road and PILOT [payment in lieu of taxes] help a lot. But you take things like the motor vehicle tax. We’re at 38 (mills) and we can only charge 32.

[Note: The state limit on motor vehicle property taxes is 32 mills. It is unclear whether that will remain if the legislature adopts a new state budget.]

So there is a lot of spending volatility and little margin for error when it comes to revenue?

Yes. I don’t like it because we get these huge swings.

And we have an elementary school in town and we send our kids to the [Parish Hill] regional junior/senior high school with Hampton and Chaplin. 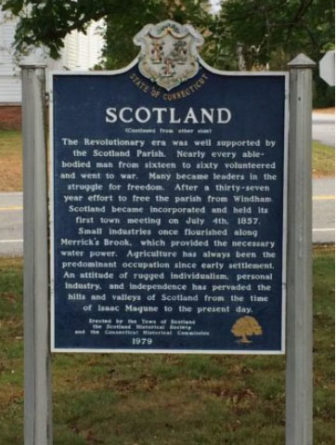 The regional district high school assessment is based on how many kids from the town go to that school. One year I had to raise the taxes to come up with $268,000 to pay my share. That was huge. I’m going to say almost a 10 percent increase.

You cannot plan this stuff.

How has the grand list growth been in recent years?

We’ve had one house built in this town since I’ve been in office. The grand list has actually dropped because of revaluation.

Why has Scotland not seen the housing growth?

Taxes, even though we have a good education system. The schools are doing fine, but the taxes are a problem.

Rather than adopt a new local budget in June, the Board of Selectman recommended something else.

[Note: The selectmen estimated that a new local budget based on the municipal aid levels proposed by Gov. Dannel P. Malloy would have required a seven-mill tax increase. Instead they’ve asked voters to let the town operate in three-month increments at last fiscal year’s spending and taxation levels.]

The town is backing the selectmen.

We can operate this way up to the springtime. We have enough cash flow to take us into the first quarter of 2018.

And the town meeting agreed?

Unanimously. We’re just waiting to see when Hartford will give us firm numbers. 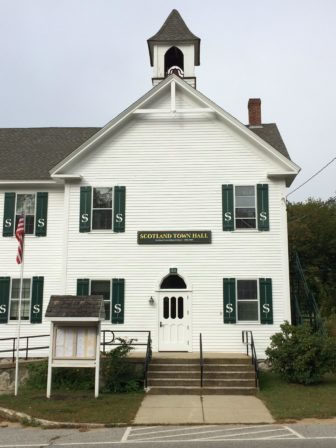 But this makes paying bills very, very difficult. For the moment, I’ve held off paying some. I can’t pay my dues to COST [the Council of Small Towns] and CCM [Connecticut Conference of Municipalities,] … health, welfare and social service agencies, the Northeast Council of Governments. Things like that are being held off.

School districts, salaries for public works, the staff to keep Town Hall functioning, these are the priorities.

With this approach though, local taxpayers may assume their taxes won’t rise all fiscal year. How confident are you, if and when a state budget is passed, that it will give you enough assistance to avoid a major property tax hike?

I am not confident in Hartford coming up with a budget without serious cuts [to local aid]. The selectmen have told the people we don’t want to put a budget together that overtaxes you or undertaxes you and then we have to send out supplemental tax bills or reimbursements. That is a nightmare. So we will do our best.

How are the town’s emergency reserves?

When does your cash flow situation get to a point where you have to dip into these reserves to pay bills? Say if the state budget standoff continues, or if there is a new state budget that dramatically reduces aid to Scotland? 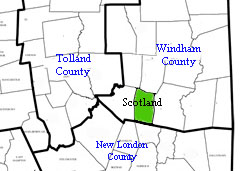 How long could your reserves hold out? Could you drain those reserves entirely before the fiscal year ends on June 30?

Most likely. We may by the skin of our teeth make it to June 30, but I’m not betting on that.

I told the people I do not want to borrow money. That is not the answer to the problem.

So what is the answer? Local leaders working with CCM developed a plan to cut state mandates, promote regionalization, change collective bargaining and raise sales tax receipts for towns, but it hasn’t gone anywhere at the Capitol.

I have said you cannot have vibrant urban centers at the expense of suburban and rural areas. And it works the other way around, too. This is a state of 3 million people-plus. Everybody should be treated equally. 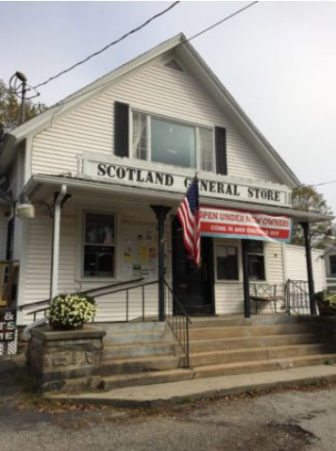 I sit with Mayor [Neil] O’Leary from Waterbury, with Mayor [Toni] Harp from New Haven. At CCM meetings, I sit with these people. I have the utmost respect for these people. They know that too, that you can’t have a vibrant urban center without the suburban and rural areas being vibrant also.

I don’t like the way state government wants to spend millions of dollars keeping our urban center afloat and doing it at the expense of the rest of the state.

How many millions of dollars have been poured into these communities’ schools with no results? And we’re still doing it. This is what I mean about fairness.

Parish Hill was losing its accreditation in 2007. We changed the administration and got a good staff in. And they’re doing good up there. It’s expensive, but there’s a strong component supporting that school because they’re doing good.

We need to hold people accountable.

The state has the resources to pull itself out of this.

Hartford’s push to avoid bankruptcy has garnered all of the headlines. Do you think most legislators realize Scotland is running out of cash?

I have the utmost respect for [Hartford Mayor] Luke Bronin. I like him. In the papers he’s going insolvent, I’m going insolvent. It’s like a horse race. I said to him recently, ‘I just went around the third corner.’ He said, ‘Wait a minute, I’m coming up on you.’”

At CCM we spent a lot of time coming up with reform, things that would work for both urban and rural. And I believe our legislators wouldn’t even listen to it, wouldn’t even consider it. That’s my opinion.

Earlier this year the Norwich Bulletin disclosed the Board of Selectmen has begun to research asking the legislature to dissolve the Town of Scotland if its finances can’t be stabilized and merging it with some other community. Is this still under consideration?

Good management is going to look down the road. If we don’t have a budget come mid-spring, that’s when we’re going to be financially in trouble.

What are our options? Raise taxes, the voters aren’t going to accept anything over a two-mill increase.

If we don’t have a budget then, we’re going to have to research more.

Have you got a particular community in mind when it comes to a potential merger?

No. I don’t want to even think about it until we get around the first of the year.

I have told the people we are not bankrupt. We are not going bankrupt.