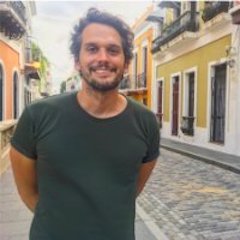 Washington –  Concerned about his family and friends, Julio López Varona rushed from Bridgeport to Puerto Rico a few days before Hurricane Maria crushed the island.

“I knew it was going to be bad; I knew they would need some help,” López Varona said.

He’s still in San Juan, where he says residents are more fortunate that those in other parts of his homeland because they are benefiting from U.S. aid and U.S. military help.

The founder of a Bridgeport-based immigrant advocacy group called Make the Road Connecticut, López Varona worries San Juan, where things are improving, albeit at a glacial pace, has become a “poster child” for recovery efforts.

“We’ve seen some military presence, we’ve gotten some supplies,” López Varona said. “San Juan is an oasis when it comes to resources. But that’s not what’s happening outside.”

He said those in Puerto Rico don’t know what’s happening on much of the rest of the island, and there are many towns that still haven’t communicated with the outside world.

“This has created a crisis with family members who are desperate to find out what has happened to their relatives,” López Varona said.

About 20 percent of the power has been restored to San Juan and some cell towers have been repaired, so López Varona was able to reconnect with the world. The city’s airport operations also are improving, with some commercial flights scheduled. So far, López Varona said, most of those who have flown out of the storm-ravaged island, mostly to move in with family on the mainland, have taken expensive, private charter plans.

Even before the storm hit, Connecticut’s Puerto Rican population was growing, bolstered by new arrivals from the island who were fleeing its economic problems. According to the U.S. Census Bureau, in 2014 Connecticut was the state with the sixth most Puerto Ricans — 301,182 — in the United States. In 2014, the Puerto Rican population was 8.4 percent of the total state population. This was an increase from 2000, when it was 5.7 percent, and 2010, when it was 7.1 percent.

President Donald Trump will visit Puerto Rico on Tuesday and may get a sense of why the recovery has been a nightmare for the island’s 3.4 million U.S. citizens.

The president has lambasted the mayor of San Juan, Carmen Yulin Cruz, for “poor leadership.”

But to López Varona, the island’s difficulty in recovering from the Category 5 hurricane, which toppled homes, ripped off roofs, and toppled trees and “storm-proof” cement poles that carried power lines in the island’s electric grid, lay partly in the weak economic condition the island was in before the storm.

Austerity measures prevented upgrades to the power grid or other infrastructure, he said. It also forced the government to lay off state workers who could help in this crisis and weakened the island’s hospital system.

He said Maria exposed all of Puerto Rico’s vulnerabilities.

“It was the perfect storm of things going wrong at the same time,” López Varona said.

He said there is a difference between how the United States responded when an earthquake shattered the Haitian capital of Port of Prince in 2010 and the nation’s response to Hurricane Maria’s victims.

Within two days of the Haitian earthquake, 8,000 American troops were on their way to that nation. Within two weeks, 33 U.S. military ships and 22,000 troops had arrived and more than 300 military helicopters were delivering millions of pounds of food and water.

There are about 5,000 U.S. troops helping in relief and recovery efforts in Puerto Rico two weeks after Maria hit the island.

“I was impressed at how anemic our response has been,” said Blumenthal at a press conference after the meeting.

“There’s a disconnect between the picture that is being painted at these (official) briefings and what’s happening on the ground,” Blumenthal said.

He urged Trump, on his visit to Puerto Rico on Tuesday, to “take charge and show the leadership that’s needed.”

Meanwhile, López Varona is satisfied his family and friends, who live in the San Juan suburb of Cupey, have weathered the storm as well as possible because the neighborhood they live in is on high ground and did not suffer the brunt of Maria’s wrath.

He said water is in short supply, and the power outage leaves them isolated and at the mercy of the island’s heat.

“It’s bad not being able to bathe, and its gets real hot at night,” López Varona said. “But in a way, we are among the lucky ones.”

The historical basis of zoning begs for reform